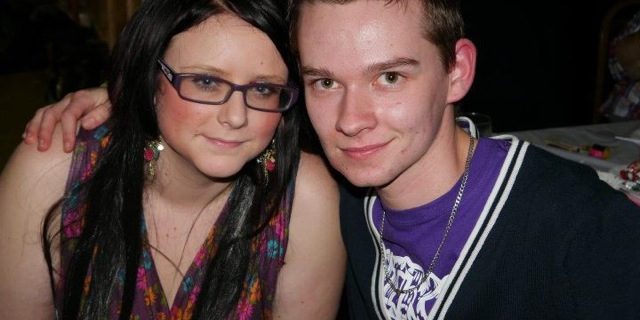 HORROR HAUNTINGS: Ghost stress led to us losing our baby… 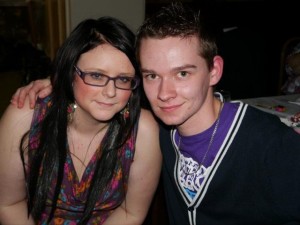 In March 2012 Brandon Waterton and his girlfriend Danielle got the keys to their first home. The first few weeks were amazing – the couple had just discovered they were expecting a baby and adored their new home.

But this soon began to change. Cupboards were left home, food inside was found on the floor – both of them blamed one another. But friends and family also noticed unusual things going on – bathroom sinks filled with water, their bathroom was flooded, odd handprints appeared on windows and mirrors – and then a knife was found stuck into a cupboard door. The pair were petrified.

They became too scared to sleep as they would be woken in the night with loud banging noises. A fire started without warning and a threatening message was mysteriously written on their iPad. Even friends and family didn’t want to visit. Then sadly Danielle had a miscarriage, which she put down to the stress of being in the house.

They put some photos on Facebook – one was taken of Danielle with a ghostly figure behind – and via that a paranormal team got in contact.  At first the couple were sceptics – they didn’t believe in ghosts. However, they recently visited to see the house and said they believed a family once lived on the site of their 1960s house. It could have been centuries ago.  They had died in terrible circumstances – and the father had always blamed his wife who was a wiccan witch. But one of the family members – believed to bethe father – would not move on from the house. 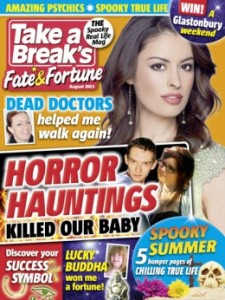 This made sense as in the mirror they’d seen reflections of a man like a monk, which was terrifying.

The paranormal team said the house needed to be exorcised. They told Brandon’s girlfriend to say prayers while he burnt sandalwood sticks. This had to be done several time while every door in the house, including kitchen cupboards and drawers, was open.

The whole episode has changed their minds about whether ghosts exist – they now believe they do.

Featureworld placed their fascinating – and terrifying – story in Take a Break’s Fate & Fortune magazine, where a photo of the pair of them appeared across the front cover…

Do you have a ghostly story to sell? If so contact us to the right hand side of this page with all the details…>>>

When ultrasound scan gets the gender WRONG!
July 30, 2018