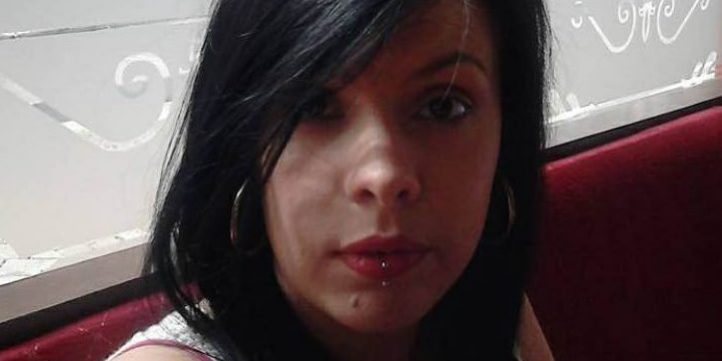 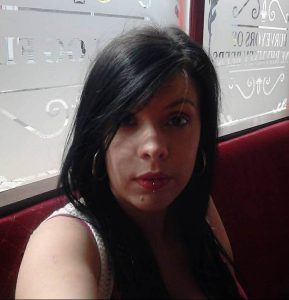 But she always wanted to know why he did it.

Seven years after the assault, she confronted him in prison to find out why

Becca was just a 15 when she was stripped, beaten unconscious as she walked home.

After being sexually assaulted her attacker dragged her into the undergrowth and left her to die in the snow.

But although he’d left her unrecognisable, Becca was still alive. 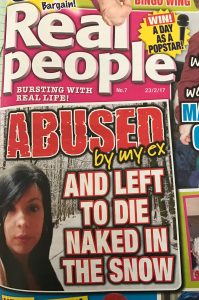 Becca on the cover of Real People

Her attacker was a boy she’d been dating- when he got home he admitted what he’d done. Thankfully Police found Becca as it was December 23rd and if she’d been left any longer she would have died from hypothermia.

Becca’s back was broken and she needed surgery to repair a broken jaw and eye socket. Imprinted on her forehead was the mark of John’s shoe where he’d stamped on her.

Kyle John, who claimed he’d been drinking, pleaded guilty to GBJ and sexual penetration while counts of rape and attempted murder laid on the file.

He was jailed at Merthyr Tydfil Crown Court indefinitely for a minimum term of five years.

When he went to prison, Becca thought she’d be able to put it behind her.

Now aged 23, she went on to meet another man and have a son. She is now pregnant with her second baby.

But she always wondered why John reacted as he did – was it something she did which angered him so much.

In 2016 she decided she had to ask John why he attacked her. At the time she’d told him she no longer wanted to see him but did not understand why he reacted as badly as he did.

In a controlled meeting she went to prison accompanied by a counsellor and met John.

She was incredibly nervous. He said it wasn’t her – he had been drinking and had been angry at the time and taken his anger out on her. He then went on to apologise.

At last Becca is able to put the attack behind her. 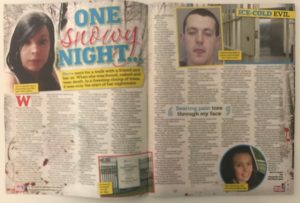 The story went over two pages…

Becca’s courageous abuse story appeared on the front cover and over two pages of Real People magazine. She hopes telling her abuse story offers hope you can put such a nightmare behind you.

Abuse story to sell to a magazine? Find out how to raise awareness of abuse in a magazine by filling in the confidential sell my story form to the right of this page>>>

Category: sell my story to Real People, Stories sold in 2017, Stories sold to a magazineBy Alison Smith-SquireFebruary 23, 2017
Tags: alcoholismReal-life crime stories
Share this post
Share with FacebookShare with TwitterShare with PinterestShare with LinkedInShare with WhatsApp