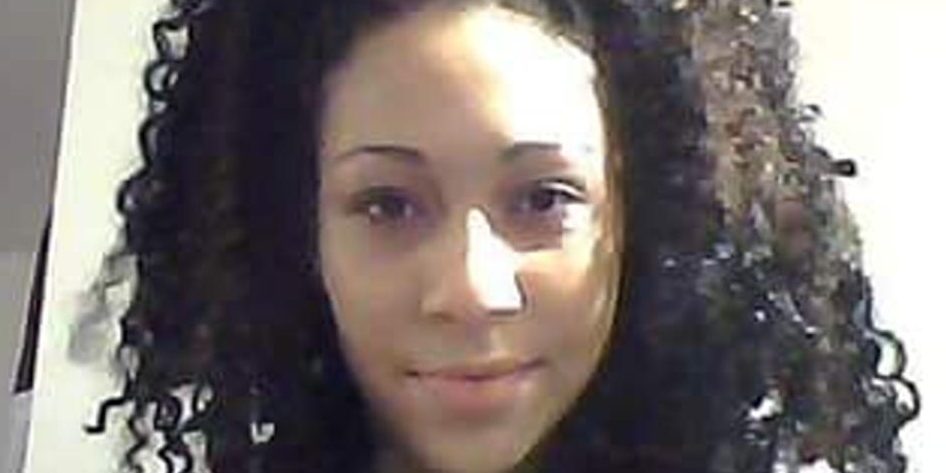 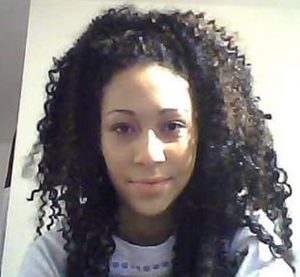 Sade has given birth to a healthy baby

But after a successful back operation, her baby was born healthy

Sade had to relearn to walk after attack

When Sade, 23, met Matthew Woolley she thought he was the perfect boyfriend. When they had their first child together they were delighted.

But Matthew, 24, had a dark side when he would fly into jealous rages. And when Sade was expecting her second baby, and he came home to find her having a chat with a friend, he got angry.

Annoyed Sade was with her friend, he stormed out of the house. Sade ran after him and as he did, she drove his van at her. She fell under the wheels of the van and as she did so heard her back crack. An ambulance was called and she was rushed to hospital.

There, medics warned she would likely lose her baby – she was 16 weeks – as she had a broken back and broken leg.

But incredibly despite Sade undergoing surgery to pin her back, her unborn baby hung on –  incredibly and to Sade’s immense relief he was born perfectly healthy.

After spending almost a month in hospital, Sade had to relearn how to walk.

Woolley was jailed for three years after admitting dangerous driving and Grievous Bodily Harm against Sade. 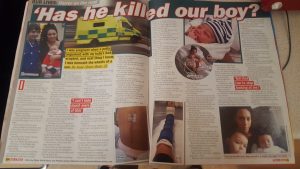 The story in Take a Break

She calls her son her little miracle but doesn’t know how as he grows older, she will tell him what his dad did when he was inside mummy’s tummy.

I placed Sade’s story about her miracle baby in Take a Break magazine where it appeared over two pages.

Story to sell to Take a Break or another magazine? Contact me for free advice using the form to the right of this page>>>

Category: Stories sold in 2017, Stories sold to a magazine, Take a Break storiesBy Alison Smith-SquireMay 10, 2017
Tags: Real-life crime stories
Share this post
Share with FacebookShare with TwitterShare with PinterestShare with LinkedInShare with WhatsApp