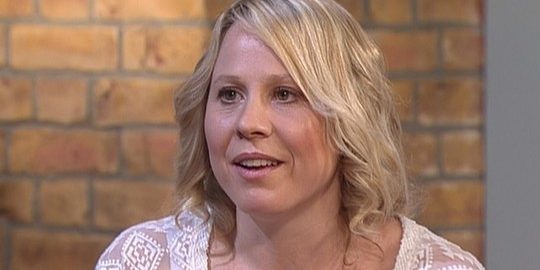 Baby after the menopause story – ITV This Morning 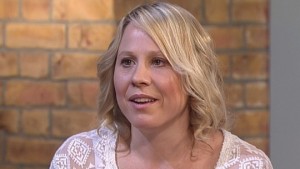 Allison on ITV This Morning…

Following on from their fabulous story in the Daily Mail, Allison Noyce, husband Richard and baby Sophie packed their bags late yesterday afternoon to go to London!

Having sorted time off work and grabbed a train from their home in Southampton,  they were put up in a central London hotel, courtesy of ITV – after being invited onto ITV This Morning.

A car picked them up from the hotel and drove them to the nearby studios for their live interview at just after 11am.

The three of them were then interviewed by Philip Schofield and Christine Bleakley.

Although most women don’t go through the menopause until their late forties, Allison was just 20 when she experienced it. As a result she believed she’d never have children and she and husband Richard decided to make a life without kids.

However after feeling unwell and feeling a lump in her tummy – she expected the worst – and went to see her GP. It was then a scan revealed she was expecting a baby.

A further shock was in store when she gave birth 12 days later to little Sophie.

The Noyce’s story sparked lots of comments from viewers, many of whom were moved by their account of their miracle baby’s birth.

As well as appearing in the Daily Mail and on ITV This Morning, Allison has also been in Best magazine and Real People magazine.

She is a great example of how at Featureworld I am able to obtain interviewees multiple coverage for their story.

If you have a wonderful, inspirational story to tell, don’t keep it to yourself! Why not spread a little happiness by telling your story to the nation? Contact me and I can give you free advice about getting press for your story…