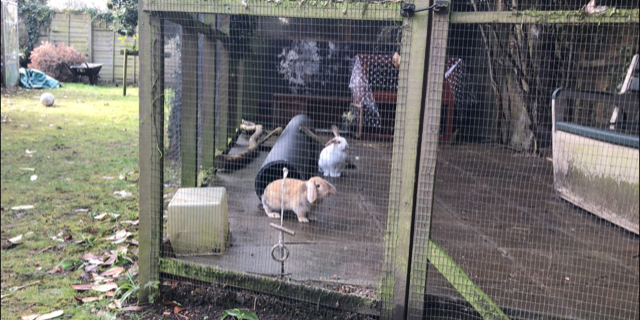 Adopt a pet: Are charities and rehoming centres making it too difficult? 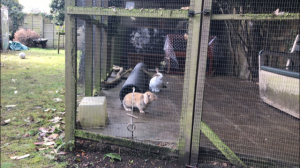 Have you been turned down to adopt a pet? If you were deemed ‘not suitable’ to adopt a rabbit, cat or dog and would like to take part in a feature, do let me know!

When one of my pair of rabbits died recently I decided to adopt a pet. Adopting a rabbit rather than buying one from a pet shop seemed the right thing to do. After all, as a responsible pet owner if I could ‘adopt not shop’ I would be giving a home to a rabbit that really needed one.

With over three decades’ experience of keeping bunnies – my last two pairs both lived for ten years and this was the first time I’d lost a rabbit to an illness (rather than old age) – I thought a rehoming centre would welcome me with open arms. Looking online I felt upset to find out many rescue cats, dogs and rabbits have to be put to sleep because there simply aren’t enough willing people to take them in. I saw bunnies that I could love – many rabbits in the rehoming centres had been waiting for a forever home for over FIVE years! My heart went out to them – how awful that no one wanted them…

I soon found out why these rabbits are still in these rehoming places. Because these days it seems many rescue charities aren’t keen to rehome any of their animal inmates …

ABOVE: DAISY MEETS HER NEW FRIEND!

First off, I rang as many local charity centres and rehoming places Google brought up. ‘I am looking for a friend for my bereft bunny, Daisy,’ I said. For good measure I sent photos and videos of my 6ft hutches, 10ft shed and attached 18 foot run, complete with tunnels. I even named some of those sad looking bunnies I’d seen online. Surely one of them would be suitable?

Disappointment! Hardly any rescue centres came back. The few that did respond simply sent very long and onerous forms. ‘Why do you want a rabbit?’ asked one. A large box was provided to explain in detail why you wanted a bunny. Did I live in rented accommodation, will I ever move house, do you have other pets, did everyone in the family want a rabbit (well I can’t say my husband had any opinion as the bunnies are my hobby…) Would all members of the family who lived with me come to the rescue centre to choose a rabbit … and on it went. I began to get a little nervous.

Did I take Daisy to a vet? Of course – my rabbits have had all their vaccinations. ‘But does your vet specialise in exotics?’ pressed one rehoming manager. The fact my vet was not an accredited ‘rabbit specialist’ seemed to be a stumbling block. And when I admitted Daisy wasn’t spayed (and my vet didn’t recommend it as spaying in a female bunny is major surgery and not without risk) that was the end of the conversation. ‘We would never rehome to you because Daisy isn’t spayed’ said the rehoming manager. She could recommend a ‘specialist rabbit vet’ around 100 miles drive away. But two female rabbits would never get on, and always fight, she said ominously. Despite my protests that was clearly nonsense as all my gentle female bunnies have got on, she was adamant. Daisy could only find a friend if she were spayed and bonded with neutered male.

I tried my luck at Pets at Home. They had a male rabbit up for adoption. Feeling hopeful, I said I would be happy to pay for him to be neutered. It wasn’t to be. ‘We can only sell you a rabbit to go with your one if it is exactly the same age,’ said a rude assistant dismissively, ‘Your rabbit is too old. All our rabbits are under one year so you can’t adopt and you can’t buy one either.’

Many people might have given up but I couldn’t let Daisy spend the rest of her life in solitude. I also recalled a similar situation when I was turned down by the Cats Protection League to adopt a cat – because I lived half a mile from a road. In the end I bought a pedigree kitten who despite the road is now aged 13!

I am therefore pleased to report that I found a wonderful traditional little pet shop where I acquired five month old mini Lop Honey Bun. It was pretty much love at first sight for her and Daisy – and despite both female rabbits being unspayed (!) within 48 hours of meeting they were happily living together as a bonded pair. Watching them play, eat together and groom one another is a joy!

I have since been rung by the RSPCA who to be fair were doing their job and were happy to offer me a neutered male (without Daisy being spayed) but it was too late.

Sadly the rabbits that I chose on those arrogant rehoming charity websites are STILL waiting for homes. I am shocked that many get so many donations and yet seem so disinterested in actually rehoming any of their animals. Everyone understands that charities must check where they are placing pets but common sense must surely prevail or people will shop and not adopt. Would I put myself forward for scrutiny to a rescue or rehoming charity again? Absolutely not! What a shame because it’s the animals that get taken into these places and never ever leave that really suffer. And the thought some are put down when there are potential owners wanting them is heartbreaking.

Have you been turned down for a cat, dog or rabbit by a rehoming charity? I feel it is a scandal that these rehoming charities don’t even bother to contact potential owners back when they make an enquiry! If you would like to tell your story in a newspaper do contact me…>>>