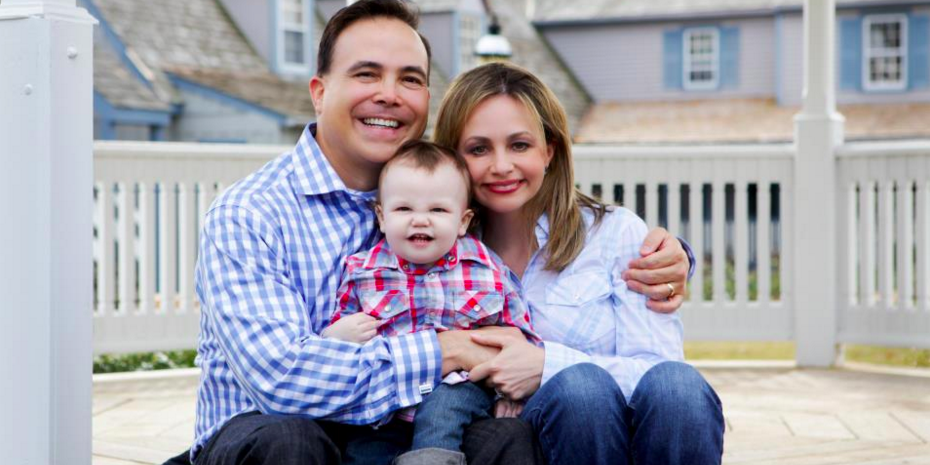 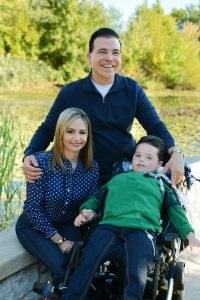 Baby Charlie Gard, whose parents are locked in a battle with doctors over whether he should be kept alive, would now be undergoing pioneering life saving treatment if he lived in America.

This is the opinion of parents Olga and Arthur Estopinan who were also told by doctors there was no hope or treatment when their son Arturito was diagnosed with a similar type of mitochondrial depletion condition.

But as they live in the United States son Arturito, was able to undergo the groundbreaking treatment Charlie Gard’s parents want – and today the six year old is alive and well.

It is their little boy whose survival inspired the parents of desperately ill baby Charlie Gard to fight for treatment.

Arturito, six was the first person in the United States to receive experimental and pioneering nucleoside therapy.

It is the same therapy Charlie’s parents, Connie Yates and Chris Gard are fighting for their son to receive. Yesterday a High Court judge agreed with doctors at Great Ormond St Hospital that Charlie, who is currently in intensive care on life support, should not have the drugs and should be allowed to ‘die with dignity.’

But as Connie and Chris, who raised over £1.2million for the US treatment vow to fight on, they have now revealed they have been in ‘constant contact’ with Arturito’s parents – who today offered their support and told of their shock over the High Court’s decision.

Arthur, 51, a Government Consultant, said: “We feel very fortunate to be American and not British – because if we lived in the UK Arturito would surely be dead by now. We are beyond shocked that doctors in the UK are saying Charlie should “die with dignity”.

‘How insensitive when there is a treatment which could save Charlie’s life and eminent doctors in the US who are willing to help him. Science is advancing at lightening speed and most parents with children diagnosed with rare diseases will not sit by and accept that there is nothing to do when there are experimental medications which can save their lives.’

He adds: ‘Olga and I know first hand the battles Connie and Chris are fighting to keep Charlie alive as we were also told there was no treatment or cure for our son.

‘But we also refused to give up on our son and today Arturito enjoys playing with his toys, watching movies and being around other children.

‘He is truly a blessing in our lives. Words cannot express what a tremendous joy it is to have him.’

Like baby Charlie, Arturito also seemed perfectly healthy when on October 11th 2011 he was born.

Recalls Olga, 43, a former business consultant, ‘He was a healthy happy little boy who reached his milestones such as laughing, eating, playing, crawling and standing up normally.’

But around 14 months the speech Arturito had developed started to stall.

His dad says: ‘He struggled to sit up in the mornings and couldn’t walk like he used to.’

At first doctors thought Arturito had flu but over the next few months he became weaker.

Eventually he was admitted to hospital where unable to breathe for himself he was put on a life saving artificial ventilator.

Multiple tests were carried out and in July 2012 doctors gave the parents the devastating diagnosis that Arturito had TK2 mitochondrial DNA depletion syndrome, a rare genetic disease which causes muscle weakness. Only 83 cases of this type of mitochondrial disease had ever been recorded worldwide.

Both boys need ventilators and are fed through tubes.

But Charlie’s type, known as RRM2B is even rarer – he is believed to be only the 16th known sufferer in the world. Nucleoside treatment has never been tried on any human or animal with the type of mitochondrial condition Charlie has so potential side effects are unknown. In addition doctors say unlike those survivors with TK2, that Charlie has severe irreversible brain damage, which could not be helped by the drugs. As he is in the terminal stages of his illness a High Court judge agreed it would be ‘futile’ and ’not in Charlie’s best interests’ to undergo nucleoside treatment.

However Arturito’s dad says:  ‘As with Charlie’s parents, doctors also told us our son would die soon and there was absolutely no hope at all. Olga and I didn’t believe it. Like Chris and Connie we too desperately scoured the internet and eventually after stumbled across the nucleoside drug therapy.

‘There was no guarantee it would work. In fact there was only a very small chance it would work. But after being told by so many doctors there was nothing we could do at all, it was hope. We were also warned that these medications might cause side effects but as Arturito’s only alternative was death we didn’t see any harm in trying it.’

Within days he Arturito became the first person in the United States to have the therapy. ‘We saw a difference in our son in just three months. Before the therapy he’d been unable to move his fingers or toes but after several months he could move his hands and feet. He was also more alert and awake. It was amazing to see our little boy coming back to us.

‘There were no side effects either and after a year on the experimental medications he was well enough to come home.’

The Estopinans, from Baltimore, Maryland, say their son who is artificially ventilated and tube fed, needs round the clock care from a team of nurses – but is growing stronger.

Olga, who has given up her job as a business consultant to care for him, says: ‘The bright décor of his room belies the fact it is basically an intensive care unit. I keep a detailed schedule – the drugs he takes, the food he eats, the cleaning he requires.  If there is a breathing emergency Arturito will also need attention in the middle of the night.

‘But nobody can deny the miracle that is before our eyes. Arturito is able to communicate with shakes of his head and clicks of his tongue – which mean “ I want more.’

The little boy is also able to stand in a chair like device for up to an hour and a half and goes out in a specially adapted van and pushchair.

Says his dad: ‘He has a great life. We take him to the zoo, to Broadway shows, the beach and movies – and we see the joy on his face. He is also getting stronger. Arturio’s mouth muscles are stronger now so he can smile. He also tries to lift his arm which is amazing considering he was unable to move before the treatment.

‘And we remain optimistic that Arturito will continue to improve and one day there will be a cure – and Arturito will lead a normal life. When we look at our son we know we definitely made the right decision.’

Arthur said Connie first contacted him in December 2016. He says: ‘She had done extensive research but unfortunately wasn’t being listened to by Great Ormond St Hospital. She said she had read a research article which stated nucleosides might work for RRM2B as well as TK2 as they both affect the nucleoside pool.

‘She was so hopeful when UK doctors initially indicated they would look into the nucleoside treatment for Charlie. We were devastated for her and Chris when doctors changed their minds and wouldn’t even give Charlie the chance.’

Connie said: ‘Arturito’s extraordinary and inspirational story shows that there is hope for Charlie too. We also know of other cases around the world where this treatment has worked very well. There is no reason why this treatment should not work for those with RRM2B as well as it has with sufferers of TK2. This is why we have continued our fight. All we’ve ever wanted is the chance for Charlie to try these drugs – Charlie will die anyway so we have nothing to lose. Arthur and Olga have been a constant support and have given us the strength to carry on fighting for Charlie too.’

I want to thank Art, Olga and Arturito – such an inspirational family – for telling their amazing story! Click here to find out more about Arturito: TK2CURES.COM

Story to place in a newspaper or magazine? Contact me to find out how using the form to the right of this page >>>