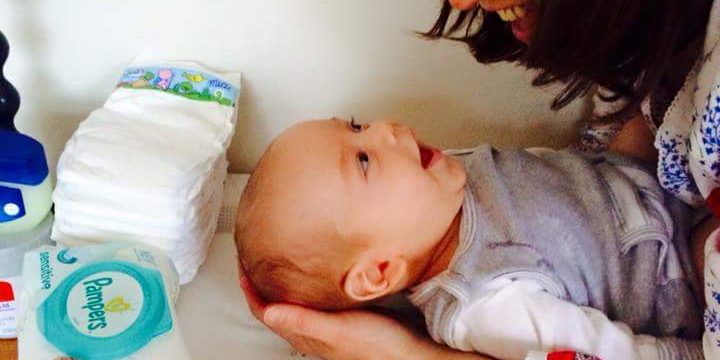 Baby after vasectomy – Story in the Daily Mail 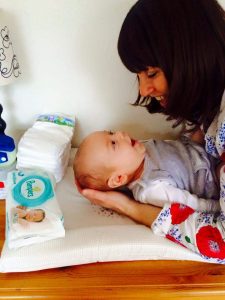 NHS says one in 2000 vasectomies fail

After having a boy followed by a girl, Lucy Evans, 40, a nurse and her husband Nev believed their family was complete.
Nev, a civil servant, underwent a vasectomy with the couple believing their baby days were long gone.

But five years after the snip, Lucy discovered she was pregnant.

She was devastated especially when some people joked she might have had an affair.
She couldn’t understand how it had happened.

However, doctors said her husband had experienced a rare phenomenon – where the vasectomy heals itself. In this case the tubes which were cut, knit back together. Indeed although uncommon, it is believed even after a vasectomy there is still a one per cent chance a man will go on to father a baby with the NHS warning one in 2000 male sterilisation ops fail. 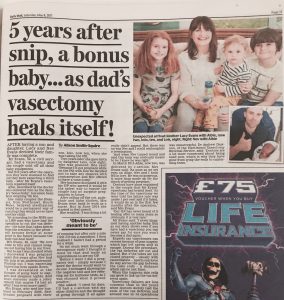 Beautiful family in the Daily Mail!

Lucy was upset at the thought of returning to nappies and sleepless nights. She’d also had a c-section with their first two children and didn’t relish the thought of going through another. But then her husband said their third little addition was clearly meant to be and from then on, they looked forward to having another baby.

Baby Albie was born weighing 7Ib 9oz with the surgeon who delivered him joking he was a ‘bonus baby. He is now two years old and an absolute joy.

But the couple say their story goes to show even if a man has a vasectomy there is still no guarantee he won’t father a child again.

Read the story in the Daily Mail

Have you got pregnant after being sterilised? If you would like to share your story with a newspaper or magazine, contact me using the form to the right of this page >>>