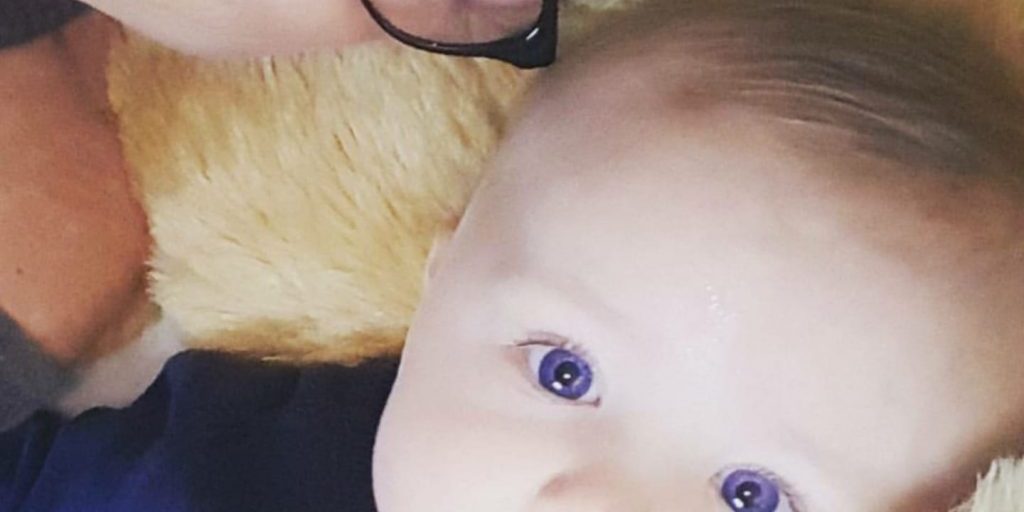 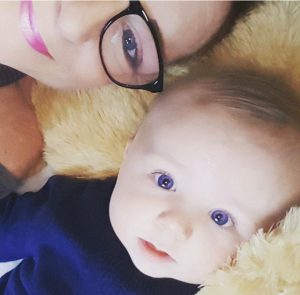 Kelly sued the NHS and in December 2018 won compensation

Kelly has since gone on to have another son, Nate, now aged two

Kelly, 39, had a straightforward first pregnancy and after assessing her as ‘low risk’ midwives booked her into Blakes, a birthing centre in Gosport Hants.

But during the labour Kelly instinctively felt something was wrong and begged to be transferred to hospital. But her pleas were ignored and when an ambulance was finally called they took at 13 minute detour for a toilet break before picking her up.

After finally arriving at hospital Kelly was taken to the wrong door and there were no doctors and midwives there to meet her. They hadn’t been told Kelly’s condition was so serious.

Son Rafe, weighing almost 7Ib and perfect in every way was born shortly after but died 37 minutes later. An inquest heard had he would almost certainly have survived if he’d been delivered an hour earlier.

Kelly was devastated. She was no longer with Rafe’s dad and she felt she’d lost everything. But a year later she met someone else and has now had a second baby boy. This time, after lots of worry, he was delivered by C section and is fine. 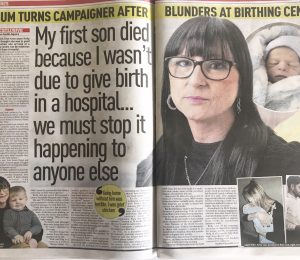 Kelly in the newspaper

Kelly decided to sue the birthing centre to ensure such a nightmare never happened to another mother. She believes all first time babies should be born in hospital rather than in a standalone birthing centre – which is not attached to a hospital – as until a woman has given birth, no one knows what complications might be.

Theresa Murphy, Chief Nurse at Portsmouth Hospitals NHS Trust, responsible for Blakes Birthing Centre, said: “I would like to offer our profound apologies to Ms Angelo on behalf of the Trust. “We recognise that the family have been through a very difficult experience. We would like to assure Ms Angelo that the Trust has thoroughly investigated the circumstances surrounding baby Rafe Angelo’s death and we have taken appropriate steps to mitigate the risk of such an incident ever happening again.

“The Trust aims to provide the safest possible standards of care for all women who use our maternity services, in-line with evidence-based practice.”

Her story has already been placed with a leading women’s magazine.

Are you seeking justice for a wrong doing or for a loved one? Getting your story into the media can be an important part of coping with what’s happened – and ensuring such mistakes are not covered up. Contact me for free advice on gaining publicity in the press >>>