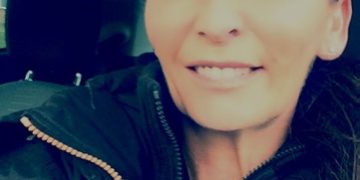 Website name dispute story in THE SUN on SUNDAY… 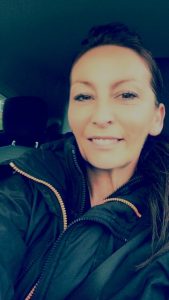 Lisa is embroiled in a website name dispute battle

As any business owner knows your website name is all important. Lisa Dixon came to me after being told she is being taken to court by an American company The Cheesecake Factory over her website name.

Mrs Dixon who owns a quintessential English coffee and cheesecake shop in Laceby, NE Lincs thought up the name for her business, The Great British Cheesecake Factory, after being inspired by ‘Great British Bake off’ and ‘Great British Summer’. But after buying two website domain names she was contacted by US lawyers to say they were taking her to court to claim all rights to them.

Mrs Dixon has already shelled out thousands of pounds to British lawyers to defend the website name dispute, which is to be heard in a court case on December 19th.

The mum started up her quintessentially English cheesecake shop and cafe, Once Upon a Time, four years ago. Despite having no help, she has since hand baked over 47,000 cheesecakes offering them in more than 130 different flavours.

It was so successful that in the area she became known as the ‘cheesecake factory’. And last year, building on her success, she decided to launch online so customers from all over the UK could order bespoke cheesecakes to be delivered. 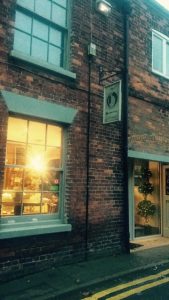 “I applied for the name at company’s house. All company names must undergo thorough checks and I was delighted when finally the name was approved and in April 2016 I became a limited company.”

She set about setting up a website page and Facebook profile – both under The Great British Cheesecake Factory.” Within weeks over 2,500 customers had liked Mrs Dixon’s Facebook page and with business booming, she set about planning a move into larger premises, planning to take on staff.

Following a complaint by the US organisation, Facebook removed her page, along with all her customers.

With orders plummeting, a devastated Mrs Dixon was forced to put her expansion plans on hold.

Meanwhile in an attempt to get the page reinstated on Facebook, she instructed lawyers and has currently spent thousands of pounds as they negotiate the website name dispute with the US Cheesecake Factory’s legal team.

Her case is now set to be heard at the World Intellectual Property Organisation in Geneva, Switzerland which will decide whether or not she can continue to use the name.

She said: “This case has made me ill. I can’t believe I can possibly be a threat to the big US Cheesecake Factory.

“Our businesses could not be more different. They are a massive American restaurant chain which produces fastfood – much of which is not cheesecakes. Meanwhile I am a one woman company who hand bakes cheesecakes using the finest ingredients.

“And I am also in Britain – and as far as I’m aware they have no restaurants in the UK.  Company’s House did not have any problem with me being The Great British Cheesecake Factory so I am stunned that this American company can just come to the UK and tell me I can’t use the name online here.

“I have had sleepless nights over this and have already lost business as Facebook took my page down. It has been an absolute nightmare.”

The baker who admits her all-consuming passion for baking cheesecakes caused her to separate with her husband, adds: “Anyone can go online and buy the domain names The Great British Cheesecake Factory.net or any other combination. So it just seems ridiculous. It is a warning to any website owner in the UK that despite being a genuine Ltd business which operates only here, a corporate giant from abroad can just flex their muscles and take it.”

Are you battling a business issue? For free advice and publicity contact me using the form to the right of this page >>>