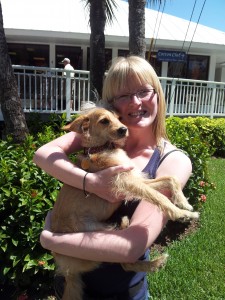 After being brutally gang raped by three strangers when she walked home from a nightclub in Preston, Lucy Walsh was relieved when two of her attackers were caught by Police and given indeterminate prison sentences.

However, she was devastated to find one of them – an illegal immigrant – had been granted a British passport while in prison. And then shocked when the two men appealed their sentences.

High Court judges deemed the two men not a ‘significant’ threat to women and reduced their sentences to 12 years, meaning they could be out in six. 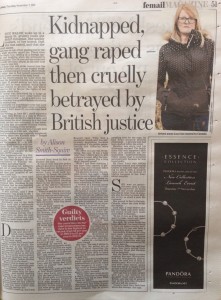 Meanwhile, although from CCTV footage Lucy’s third assailant was identified by Police and is also wanted by UK Border control because he is an illegal immigrant, he has never been caught.

The thought he is still at large in Britain led Lucy to make a far-reaching decision. Too frightened to remain in the UK, she ended up moving 4000 miles away to Canada.

Lucy has been told the attacker who was granted citizenship in prison has now had this deprived and both men will be deported at the end of their sentences.

The Police claim they have done – and continue to do – as much as possible to bring the alleged third attacker to justice.

But given everything, Lucy and her family have lost faith in the British justice system.

Lucy’s driving reason for telling her story was to highlight the flaws in the justice system and to circulate the photo and details of her alleged third attacker in the hope someone might turn him in.

She longs to come back to Britain but until he is caught, she doesn’t feel safe enough to return.

Lucy’s story is a good example of how we work with interviewees to gain them as much coverage as is possible for their story.  Lucy’s story has also appeared in The Sun and Take a Break magazine.

She says: ‘I’ve just read my story in the Daily Mail. Thanks again for all your hard work – it’s a great piece.’

If you have a story to sell for justice, then contact Featureworld using the form to the right of this page…