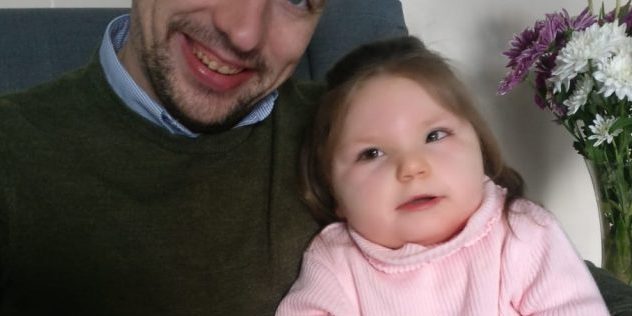 Medical Cannabis: Cannabis is keeping my daughter alive – story in TAKE A BREAK 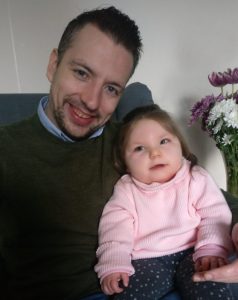 I was delighted to help Robin Emerson gain publicity and awareness for medical cannabis to be prescribed on the NHS.

Robin and his wife Carly were delighted when daughter Jorja was born in February 2016 weighing 5Ib and seemingly healthy.

But within a few months they noticed she was not developing properly and doctors diagnosed her with a rare chromosome deletion syndrome.

As well as having heart problems and delayed development, she would suffer from epilepsy – and some of the seizures could be life threatening.

Despite the prognosis – and with much therapy and devotion from her parents – Jorja began roll over, even grabbing a toy. Eventually she was smiling and giggling. 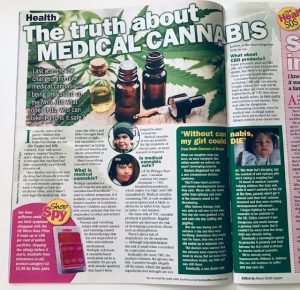 But all of this came to a standstill as Jorja’s seizures worsened and medicines put out by doctors failed to work.

Robin had heard of medical cannabis and how it helped children like Jorja. But it wasn’t available in the UK. Critics claimed it was untested as a medicine and could be harmful.

However, it couldn’t be worse than the drugs Jorja was already taking. Soon Robin began fighting for it to become available.

Eventually a neurologist agreed to prescribe the drug privately and Jorja became the first child in Britain to receive medical care. Within weeks the drug began to work with Jorja’s epilepsy being hugely reduced. It was fantastic for her parents to get their smiley daughter back.

Robin and other parents are still fighting for medical cannabis to be made available. Their plight has appeared in many national newspapers and on television.

Meanwhile I placed Robin’s story in Take a Break magazine which was writing a report on medical cannabis.

In the meantime Robin will be continuing his campaign.

Want to raise awareness? Sell your story for money to help with a campaign? Contact me for free advice and help!