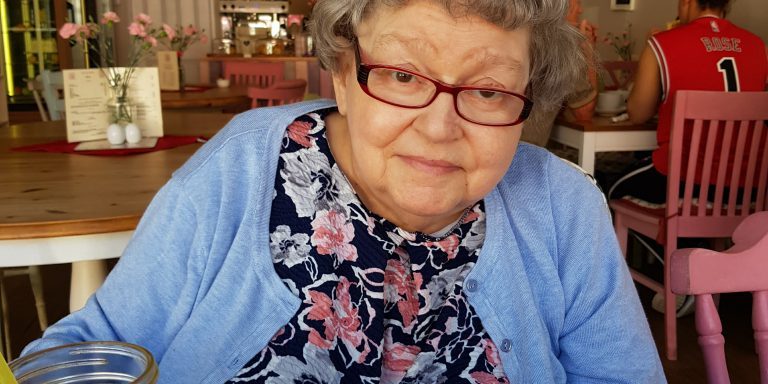 Care home abusers: Daughters call for CCTV to be put in homes for elderly and vulnerable  – story in the SUNDAY MIRROR newspaper 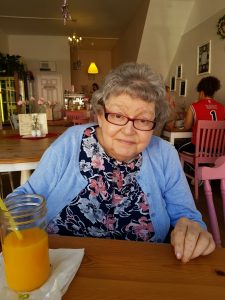 Kelly’s mum, who is in a care home, was being ill treated.

But when they complained staff said her mum was confused

So she and her sisters set up a secret video

When Joy Lewis was diagnosed with Parkinson’s and became unable to look after herself, her three daughters made the agonising decision to place her in a home.

But Joy, who also suffers from dementia and Alzheimer’s, couldn’t settle. She kept on crying and soon became covered in bed sores. However, when youngest daughter Kelly confronted staff, she was told her mum was just ‘confused.’

So Kelly and older daughters Michele and Teresa decided to set up a covert camera. After buying a spy camera that looked like a clock from Amazon, Kelly set it up in her mum’s room.

When they reviewed the footage, they were shocked by what they saw. Joy – ironically a dedicated former carer herself – was left for hours begging for food and water and the toilet. Staff were also not turning her in bed which was giving her sores. Sometimes she was calling for long periods of time for someone to come but her cries for help were ignored. 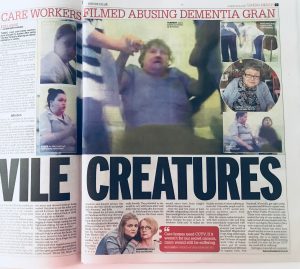 The family’s story in the Sunday Mirror

The family took the footage to the police and in May 2018 the former care workers at the home run by Farrington Care Homes Ltd – Teresa Cutts, Rebecca King and Joanne Hardstaff – were arrested. After admitting charges of ill treatment or neglect they were were given suspended jail sentences. The home has now closed down and Joy is in a new home where she is much happier.

The sisters decided to tell their story because they believe many vulnerable people are at risk of care home abuse and believe  that CCTV should be mandatory in all care premises.

I placed their shocking story in the Sunday Mirror newspaper. You can read it here

For Kelly the priority was getting the story out there. She said: “Thank you from the bottom of my heart!”

Do you have a story that needs national press coverage? Contact me for free advice using the form to the right of this page >>>

Category: Sell my story to the Mirror, Stories sold in 2018, Stories sold to newspapersBy Alison Smith-SquireJune 10, 2018
Share this post
Share with FacebookShare with TwitterShare with PinterestShare with LinkedInShare with WhatsApp