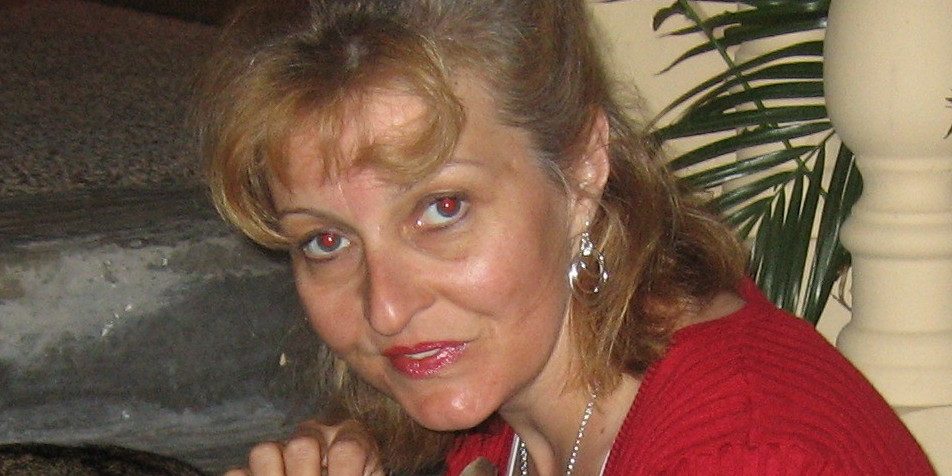 Mary Millar’s story appears in the MAIL ON SUNDAY newspaper… 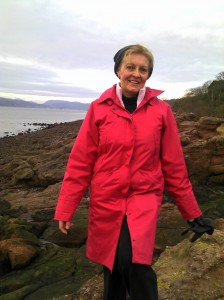 Former Cats Protection charity volunteer Mary Millar came to Featureworld to expose how the organisation has made cuts to its services – despite receiving a record income.

After speaking to Mary, and putting her in touch with the Mail On Sunday, the newspaper did its own investigation and discovered while Cats Protection – one of the UK’s best loved animal charities – receives £62million a year in donations and from investments, it has reduced spending on its frontline services by more than £3million.

Yet despite the cuts, its chief executive earns over £100,000 a year and spending on staff has increased.

Mary, along with other volunteers, was dismayed and upset that seven Cats Protection branches have recently been closed down, ironically, they claim, because they were saving too many cats. 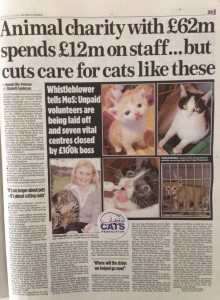 The volunteers say cuts have been made that mean fewer cats are being neutered, cats are put down rather than fork out on vet’s fees and the budget for vaccines has been reduced so cats are no longer immunised against some key infections.

You can read the full investigation and what the charity had to say about the allegations here in the Mail On Sunday.

Much of the information about Cats Protection’s less desirable practices – such as the payment of its chief executive, closing of its branches, reducing the vaccines and neutering reductions –  can be found within its own accounts and emails and notices distributed to its branches.

Mary, who along with all the contributors did not ask for any money and was not paid, is now campaigning for better laws to stop animals being ill treated. You can go to her website here: www.petsprotectionleague.org

After the story appeared in The Mail On Sunday, Mary said: “Thank you Alison so much for your help and support.”

As animal-lovers, Featureworld specialises in pet stories. In the past we have exposed the truth about the veterinary system: Why I’m ashamed to be a vet and the pet food industry: Is the pet food you’re feeding killing your four-legged friend? (and making your vet rich?)

Meanwhile, if you have a story about a pet – or charity you would like to be investigated by a top national newspaper, then contact us in confidence using the form to the right of this page…