How to sell your story for charity to help others …

People don’t always want to sell their story simply to make some money (although I will always negotiate a fee for you regardless of whether you ask for the money or not!). For some people it is just as important, if not more, to tell their story to raise awareness and let others going through the same experience realise they’re not alone.

For me, helping people gain publicity is one of the most satisfying and enjoyable aspects of running Feature World. I welcome enquiries from charities or people raising awareness for charity and will be able to explain all the options available to you.

Newspapers and magazines are often happy to give bona-fide charities a mention as part of an informative feature. If you are selling a story for charity the payment is still the same – so if you have a particularly strong story that many magazines and newspapers want, you could still receive thousands for it. Some people decide to keep their payment or they may donate part or all of their fee to their chosen charity.

I gave a baby to my sister 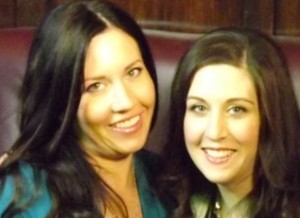 When Siobhan Terry was diagnosed with cervical cancer, it came as a terrible shock. The mum of one had been planning to have another baby.

Treatment for cervical cancer left her infertile and it was then Ellie stepped in to offer to have baby son Fionan for her.

Siobhan is now a mum of two and has successfully completed treatment for cervical cancer.

The sisters wanted to raise awareness of this cancer – Siobhan’s cancer was discovered during a routine smear and she believes it has saved her life. She wanted to ensure other women also have a smear test, something that charity Jo’s Trust campaigns for.

Their story has appeared in the Sunday People, Daily Mail, Take a Break and Woman magazines – and has appeared with a plug for their charity Jo’s Trust.

Read about their story here.

Only half a body but I will be a wonderful mum! 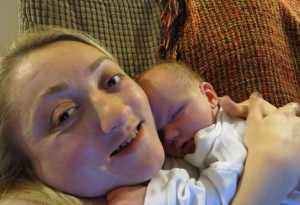 Marie, who has brittle bones, is confined to a wheelchair and only has half a working body. But she has married and recently, with the help of a surrogate, became a mum for the first time.

Marie  – and Scope – wanted to show that just because you’re disabled doesn’t mean you can’t enjoy a normal life.

Marie’s inspirational story appeared in the Sunday People newspaper and we have now arranged a further placement with a women’s magazine and national TV.

Claire, from Scope charity said: “We are delighted with the sensitive and unsensational way Marie’s story was handled.”

If you are a charity and would like some expert help at placing a story, do contact us using the form to the right of the page and we will be happy to tell you how we can help>>>

Five weeks to save Evie’s hearing… 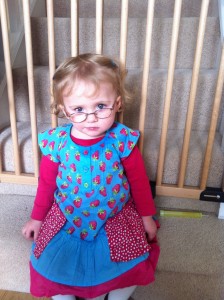 Mum Emily Small wanted to gain publicity to help launch a fund for her daughter Evie.

Evie was born profoundly deaf but she has the chance of being able to hear by having a bionic ear. The only problem was in order to be the most successful the operation had to be done privately abroad and within weeks.

With no time to lose, we managed to place Evie’s story in the SUNDAY MIRROR newspaper, which devoted almost a page to Evie’s story.

Incredibly, within hours of the story being printed in the paper, the family had received a donation from a reader for £1000, which really helped their fundraising get off the ground.

Emily said: “We were absolutely delighted when the Sunday Mirror printed our story. It was very accurate and was a fantastic way to launch our appeal.”

Emily’s story has since appeared via Featureworld in the DAILY MAIL.

My baby saved her little sister’s life in the womb

Andrea Goodrich wanted to sell a story to raise funds and awareness for children’s charity, Sparks. 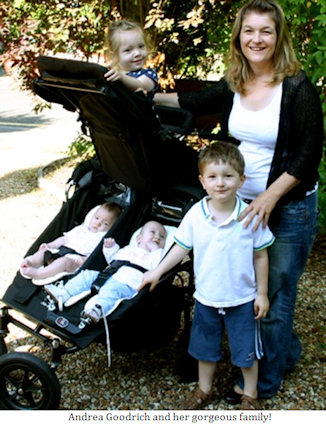 When mum Andrea Goodrich and husband Paul were told they were expecting twin girls, they were delighted. But their joy soon turned to worry when they discovered one of the twins, Kiki, had a problem with her heart. Added to that when Andrea’s waters started leaking, and a further examination revealed the placenta wasn’t working properly, doctors prepared them for the worse.

As Andrea, who has two older children, was just 20 weeks pregnant, she and doctors believed she would miscarry both babies.

But incredibly twin Nico moved underneath Kiki, acting as a cushion and stopping both babies from being miscarried.

She stayed like this until 30 weeks when both babies were safely delivered.

Andrea’s delightful story appeared in the DAILY MAIL newspaper and in the Christmas edition of WOMAN’S OWN magazine.

Andrea said: “I was thrilled with both stories. I never would have done this unless I wanted to raise awareness for Sparks. Both stories in the newspaper and magazine were credited with the charity so I was very pleased.”

Sarah Thomas, 32, wanted to sell her true story about recurrent miscarriage to offer hope to other women. 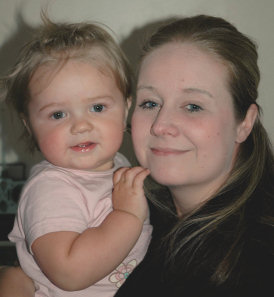 She and husband Neil suffered the nightmare of five miscarriages before having their first daughter and another six before their second.

Sarah’s story was sold to Love it magazine.

Her story included a box giving medical information about miscarriage plus a link to the miscarriage association website.

Sarah said: “I wanted to sell my story to raise awareness for other women who lose babies that it doesn’t mean you won’t have a family in the end.

As well as raising awareness, I was delighted with my story and fee.”

Sarah is pictured here with her beautiful daughter Jessica.

Carly Sykes was only 29 when her husband, Paul, 28, tragically died suddenly whilst playing football. 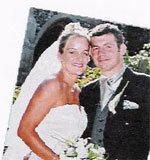 Carly, 30, sold her story via Feature World to Woman magazine and decided to donate her fee to www.c-r-y.org.uk (Cardiac Risk in the Young, a charity that helps people cope with a sudden death.)

The charity was named in the article.

Mum Fi Eley, became a young widow when her husband, Kevin, 38, died from a brain tumour and decided to tell her story to Woman. 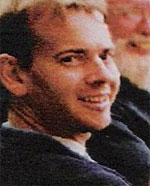 Fortunately, she was helped during her bereavement by a wonderful, warm organisation, A Different Journey.

The charity, Care for the Family, was named in the article.

Alison Munsey, 39, had two children and no way of paying the rent or buying food. Desperate, she stole money on a credit card that wasn’t hers.

She narrowly missed going to prison but decided to tell her brave story to Real People magazine in the hope that she could raise awareness of just how terrible debt can be and how important it is to seek advice early.

For help, go to: www.citizensadvice.org.uk