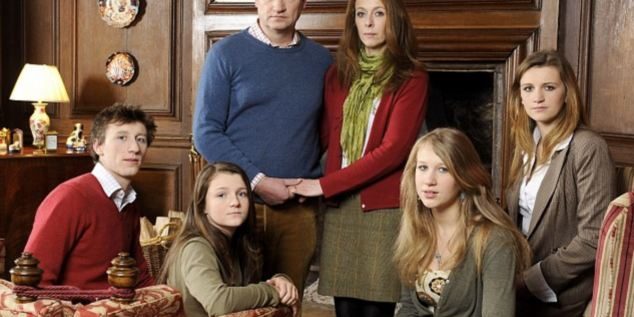 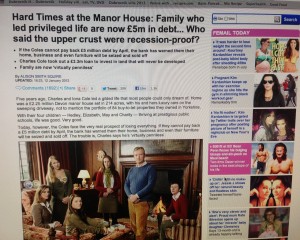 This story gained over 1600 comments …

Some terrible news about an interviewee whose story I did for Featureworld a number of years ago.

Then Charles Cole came to me desperate as having fallen on hard times, he was about to lose his beloved Manor House.

After making a disastrous £3.3million investment into a development in Romania which never materialised, he told me he was virtually penniless.

In order to make ends meet, the three elder children had been taken out of their private schools and taught from home.

He said: “The children never blamed me but I felt it was all my fault.”

The investment meant he was at risk of losing the Manor House,  a stunning and well loved family home. His only option to stop the bank repossessing it was to do a piece in a national newspaper. He hoped this would demonstrate how heartless the bank was. 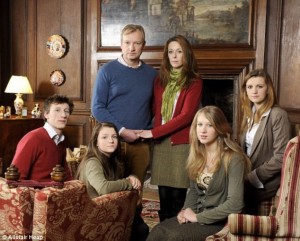 Charles with his family

His story, Hard Times at the Manor House, appeared over a double page in the Daily Mail. It dominated the top spot on Mail Online all day and Charles later told me that thanks to that piece, he had managed to overcome financial difficulties and had kept the house.

After the article appeared, Charles, his wife, Iona and I met for lunch in London – where the ebullient entrepreneur told me he had discovered we were actually related to one another (my family also come from the West Country.)

A few years later it transpired Charles and the family had built a roundhouse in the grounds of their home and were running a successful glamping business. A beautiful lifestyle story about his Iron Age dwelling built with local materials subsequently appeared in several national newspapers.

The holiday let was rented out for £170 a night and it seemed this new venture was doing well.

So it is very sad to learn that Charles, 50, was recently found dead at his Mid Devon home. According to the Mid Devon Gazette, he shot himself and his body was found in the grounds of his £2.2million home in Crediton.

Charles leaves behind wife Iona and four children – Hedley, Elizabeth, May and Charity.