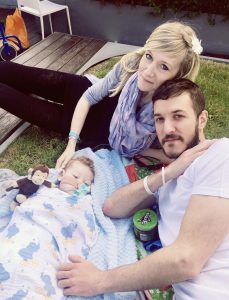 In its decision in the case of Gard and Others v. the United Kingdom (application no. 39793/17) today the European Court of Human Rights has by a majority endorsed in substance the approach by the domestic courts and thus declared the application inadmissible. The decision is final.

Consequently, the Court also considered that it was appropriate to lift the interim measure underRule 39 of its Rules of Court.

The case concerned Charlie Gard, a baby suffering from a rare and fatal genetic disease. In February 2017, the treating hospital sought a declaration from the domestic courts as to whether it would be lawful to withdraw artificial ventilation and provide Charlie with palliative care. Charlie’s parents also asked the courts to consider whether it would be in the best interests of their son to undergo experimental treatment in the U.S.A.. The domestic courts concluded that it would be lawful for the hospital to withdraw life sustaining treatment because it was likely that Charlie would suffer significant harm if his present suffering was prolonged without any realistic prospect of improvement, and the experimental therapy would be of no effective benefit.

In the proceedings before the European Court, Charlie’s parents argued – on their own behalf and that of their son – under Article 2 (right to life) that the hospital has blocked access to life sustaining treatment (in the U.S.A.) for Charlie and under Article 5 (right to liberty and security) that, as a result, he is unlawfully deprived of his liberty. They further alleged under Articles 6 (right to a fair trial) and 8 (right to respect for private and family life) that the domestic court decisions amounted to an unfair and disproportionate interference in their parental rights.

The Court bore in mind the considerable room for manoeuvre (“wide margin of appreciation”) left to the authorities in the sphere concerning access to experimental medication for the terminally ill and in cases raising sensitive moral and ethical issues, reiterating that it was not for the Court to substitute itself for the competent domestic authorities. From this perspective, the Court gave weight to the fact that a domestic legal framework – compatible with the Convention – was available governing both access to experimental medication as well as withdrawal of life sustaining treatment.

Furthermore, the domestic court decisions had been meticulous, thorough and reviewed at three levels of jurisdiction with clear and extensive reasoning giving relevant and sufficient support for their conclusions; the domestic courts had direct contact with all those concerned (notably, they had heard from all the medical experts involved in the treatment as well as experts instructed by the applicants, from Charlie’s parents themselves and from an independent professional appointed as the child’s guardian, had received expert reports from other doctors of international standing in the field and had visited the hospital); it was appropriate for the hospital to approach the courts in the UK in the event of doubts as to the best decision to take; and, lastly, the domestic courts had concluded, on the basis of extensive, high-quality expert evidence, that it was most likely Charlie was being exposed to continued pain, suffering and distress and that undergoing experimental treatment with no prospects of success would offer no benefit, and continue to cause him significant harm.

Find out more about the Charlie Gard story