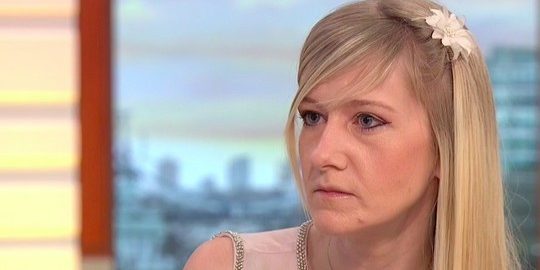 As they wait to hear from the European Court of Human Rights, Connie Yates and Chris Gard went on TV 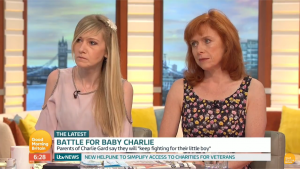 When the parents of sick baby Charlie Gard came to me to get their story out to the world, they had never been on television.

But since I placed their story about how they are fighting to get their son pioneering treatment in the US,  in the Daily Mail several months ago, they have become accustomed to doing interviews on television.

That said, it is still nerve-wracking and I have accompanied Connie and Chris to TV studios to give both of them support.

Connie and I had a very early start with Good Morning Britain! I left my house at 4.30am and met Connie outside Great Ormond St Hospital at 5.30am. While Chris stayed at the hospital to care for Charlie, Connie and I went to the ITV studios.

Connie went on the ITV breakfast show with Dr Sarah Jarvis. Son Charlie suffers from a rare form of mitochondrial disease which affects his muscles. It means he needs a ventilator to breach and for the last few months he has been in intensive care. Doctors believe it would be kindest to let Charlie die but his parents have found a doctor in the US willing to try the treatment which has helped others with similar genetic conditions.

Dr Jarvis told the programme she did not believe doctors at GOSH would have taken the decision that Charlie should be allowed to die lightly. She said they would strongly believe there was no treatment that could help him. 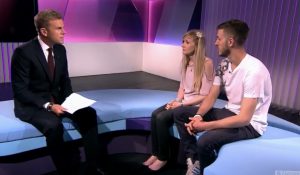 Connie explained to interviewers Piers Morgan, Susanna Reid and Kate Garraway that the nucleoside treatment she and Chris want for Charlie is simply a powder sprinkled into his milk.

It turned out to be a very long day for Connie as later on that day she and Chris were interviewed on Channel 5 News.

The couple, who have exhausted all legal options in the UK, are now waiting to see if the European Court of Human Rights will consider their case.

Find out more about the background to the Charlie Gard case here.

Are you parents who need help with dealing with the media? Contact me in confidence using the form to the right to find out how Featureworld can help >>>