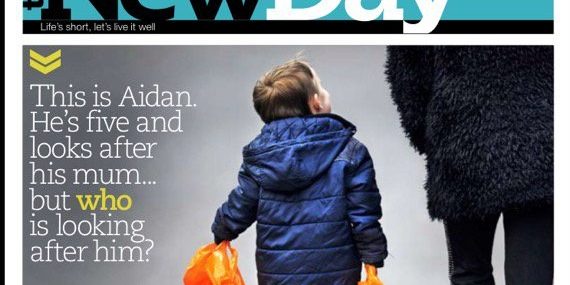 Sadly New Day newspaper has closed. So why wasn’t it successful? 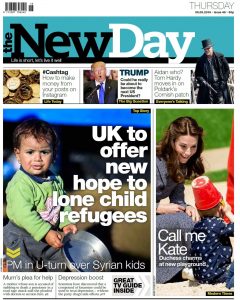 From now on when someone comes to Featureworld demanding tens of thousands of pounds for their story, I will know where to direct them – to one of the many stories about how the newspaper and magazine print industry isn’t flush with money.

Like any business newspapers and magazines have budgets and over the past few years they have got tighter. As less people actually buy the print edition of a magazine or newspaper – preferring to get their daily news from free websites instead – budgets have fallen.

A prime example of this is the failure of New Day Newspaper to gain enough readers to keep it going. According to industry reports circulation was between 30,000 and 40,000 which was simply not enough to break even let alone turn a profit.

When the New Day was first launched I tried desperately to like it.

It wanted to take a softer approach to journalism – less hard hitting articles and a somewhat bizarre idea that it should be ‘neutral’, with ‘positive’ stories,  and therefore void of the sort of opinionated articles that it believed annoy people. All of this was noble and sounded good on paper.

I am unsure where this flawed research came from. Because just from running Featureworld website I can say for sure it is not the worthy stories, the helpful charity stories or the nice inspiring stories that gain the most hits.

It is, I am sorry to say, the blatantly shocking stories that get the most interest. And unfortunately I don’t mean a shocking story of a homeless person’s plight – but stories of love rats, affairs, relationships that are doomed (whether it’s an MP, celebrity or Ms Average) – are the most read.

Opinionated people who have an opposing view to yours or strike a chord generally with the public are also incredibly well read. I am not sure why psychologically we enjoy being annoyed by a columnist in a newspaper article but believe me, they are the articles most likely to get hits (comments and clicks which in turn please advertisers).

But then New Day couldn’t get clicks and comments – or even truly develop its own online personality – because it didn’t have its own website. For me that was the biggest error.

Interestingly as New Day closes there are reports that The Independent, which closed its print editions a month ago to invest in its digital editorial team instead, is said to be already in profit.

And the two stories of The Independent and New Day says it all. I am afraid, whether we as journalists like it or not, websites rather than print are the future.