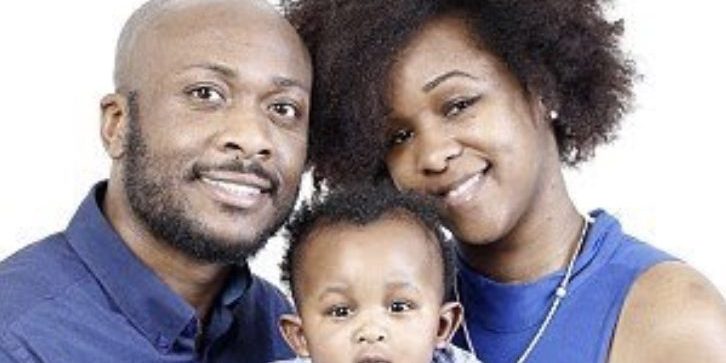 Contraceptive implant left me infertile – story in the DAILY MAIL 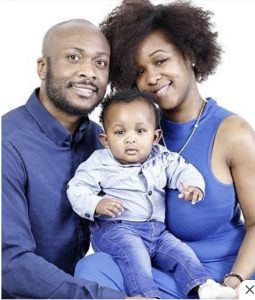 Charlene and her family

When Charlene Clarke, 31, came to Featureworld to warn other women to think again before having a contraceptive implant.

She has now been awarded £30,000 after the contraceptive implant got lost in her arm, rendering her unable to have a second child for years.

Shockingly Charlene endured four unsuccessful operations and years of infertility caused by the matchstick sized device before in a fifth procedure, surgeons finally managed to remove it.

The trainee social worker, who feared the contraceptive had left her permanently unable to have children, has since gone on to have a miracle baby son with husband Erance, a 31 year-old security officer. But she has been left with a scarred arm after her GP admitted it was incorrectly inserted.

Mrs Clarke, from Leeds, originally had the implant, known as Implanon, inserted in June 2007, seven weeks after the birth of her first child, daughter Aneila  with a former partner.

She says: ‘I’d had one before having Aneila and it was painless and really effective. I wanted a gap of around two years before having a sibling for Aneila so another implant seemed the perfect solution.

‘But I felt something wasn’t right as soon as my GP inserted the second implant because the pain was intense.’

A few days later her left arm was still in agony. ‘Even picking Aneila up was a struggle so I went back to see another GP at the surgery and asked for it to be removed. 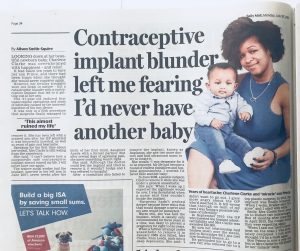 Charlene in the Daily Mail!

‘However, although the doctor could feel the implant and tried to remove it, it wouldn’t budge and I was referred to hospital.’

She recalls: ‘I was desperate for it to be removed. My life had become a round of endless painkillers and hospital appointments. I’d also begun growing facial hair and my periods were all over the place. I worried I’d never have another baby.’

In June 2008 she was admitted to hospital where under a general anaesthetic a plastic surgeon tried to remove it.

She says: ‘When I woke up I expected the nightmare would be over. I was devastated when a nurse said they couldn’t locate the implant. Surgeons hadn’t probed deeper because there was a risk that would damage a nerve and my arm would be paralysed.’

Worst she was told the implant, which is usually only recommended for up to three years use, was likely to prevent a pregnancy for eight to ten years. ‘It could continue to work for much longer in which case I would never have a baby. If I did somehow get pregnant there was a risk it would be ectopic.’

When a further attempt under anaesthetic to remove it in January 2009 also failed, Mrs Clarke sank into a depression.

She recalls: ‘The next few years were awful. I went from a happy person to someone so upset I needed counselling. Friends were having babies and I longed for a sibling for Aneila. I hoped by now I’d have another baby.  The hormones from the implant really took their toll. I felt sick, constantly tired and suffered from headaches. The excess hormones made me grow excess hair even on my face.

‘I didn’t want to go out. I grew more angry about the GP who’d inserted it. I felt she’d done it in a rush and hadn’t taken proper care. It felt wrong that through no fault of my own I was facing a possible lifetime of infertility.’

In September 2010 the GP who originally inserted the implant admitted liability and Mrs Clarke was awarded £30,000.

By now her relationship with her partner had broken down over the stress. ‘My arm still hurt, I still had all the symptoms from the excess hormones and most agonisingly, I still yearned for a second child.’

In November 2011 she met Erance through friends, telling him she would never be able to give him a baby.

He persuaded her to go back to a new GP, who referred her to a top plastic surgeon and two years later the implant was finally removed.

‘When I woke Erance said, “it’s gone” and I cried with relief.’

Sadly Mrs Clarke then went on to endure two miscarriages. But after marrying in April 2015, 18 months later the couple found out they were expecting again.

‘When I saw our baby’s heartbeat on the scan I was absolutely overjoyed. I just never thought I’d be a mum again.’

Son Prince is now ten months old (born June 2017). ‘He is a little miracle and I feel so incredibly lucky to have him.’

In 2010 Implanon was replaced with Nexplanon. Serious side effects are uncommon. However, the Government UK drug safety website states there are rare reports of the Nexplanon implant reaching the lung via the pulmonary artery and advises women with it to check the position, especially in the first few months.

Mrs Clarke says: ‘’ I can’t believe how a supposedly safe contraceptive implant almost ruined my life. I will never have one again.’

Charlene’s story has also appeared in Take a Break magazine via Featureworld!

Want to sell your story? Find out how it works