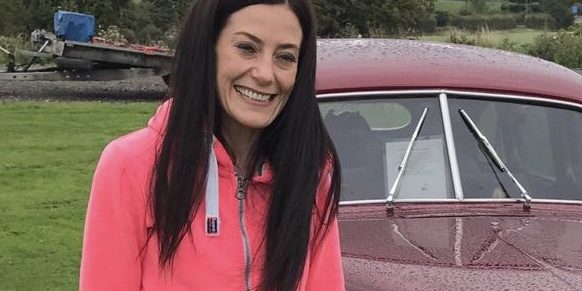 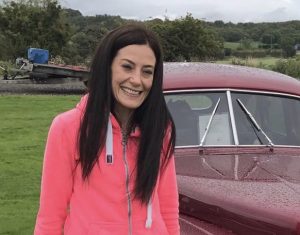 Joanna came to Featureworld with her shocking stalking story When she began dating garage owner Wayne Bamford she thought  she’d hit the jackpot. They decided to set up a business together and Wayne was fantastic with Joanna’s son.

But soon he became controlling – he wanted Joanna to sell her house and live with him when she didn’t want to, he banned Joanna from wearing a short skirt and making her change out of clothes he didn’t approve of. He would imagine she was flirting with other men and she would go off with them. Once she found him going through her phone and he said he no longer wanted her to see a male friend, John. Eventually after calling her names in front of her son, in January 2017, she told him to leave.

A few weeks later Wayne turned up at her house angry that he believed she was seeing another man.

She wasn’t. But she was stunned when she said he had ‘evidence’. He plugged a USB stick into Joanna’s laptop and started to play an audio file. She was shocked to hear herself at home singing to herself doing some housework, chatting to her son.

Wayne kept saying he could hear a man’s voice – there was no one with Joanna. 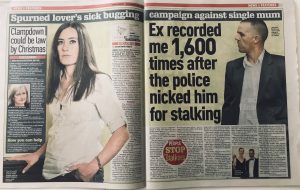 Joanna in the Sunday People

But Joanna was furious. How did Wayne take this recording of her? He apologised and said he had someone come round with a sucker devide stick it to the window outside and record audio within his house.

Joanna became so worried she contacted a locksmith to get the locks changed. It was then Wayne texted her, ‘there is no need to change your locks’

Joanna was shocked. Had Wayne somehow hacked into her phone? She was so worried she went into a spy shop to ask their advice about what to look out for to check if you are being spied on. It was then she discovered a plug adaptor in her bedroom with a listening advice. She went to the police who arrested Wayne.

But she still felt she was being spied on. Two weeks later she found another device plugged behind a television in her bedroom.

It transpired Wayne had made over 1600 calls to the device to listen into Joanna’s bedroom during just 15 days since his arrest. He pleaded guilty to stalking and will be sentenced on October 19th.

Read the story in the Sunday People

Story for a newspaper about listening devices, being spied on or being stalked? Contact me to find out how to raise awareness of this growing crime.

Find out more: Why use an agent to sell a story?