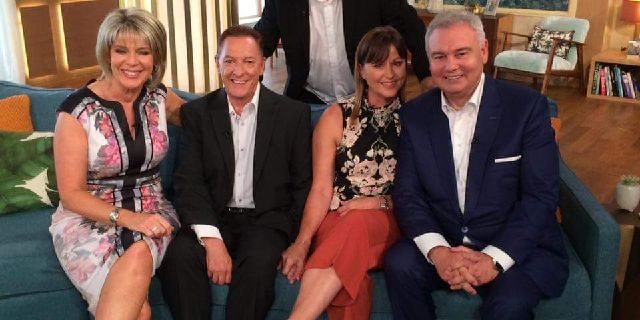 After years apart Duncan and Annette Wensley were reunited by their own son. 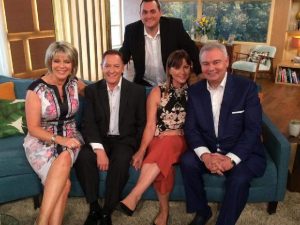 Duncan, Annette and Stuart on This Morning

But their relationship wasn’t to be happily ever after…

In the summer of 2017 Featureworld received an amazing story about a couple who were reunited after years apart by their own son.

Duncan Gray and Annette Wensley first met when she was 17 at a racetrack. Two years later they bought a house together and in November 1981 they wed. Shortly after their son Stuart was born.

After growing apart, they divorced, losing contact. That was until Stuart tracked his dad down and the couple fell in love all over again.

That was where the story should have ended. Via Featureworld, Duncan and Annette’s romantic story was featured in the national press with the couple even going onto ITV This Morning to talk about their relationship.

But as early as their wedding night in July 2017 Duncan’s behaviour began to change. Annette recalls Duncan wouldn’t let her go downstairs at their hotel to get some water glasses without him. When he pushed her he became frightened.

The next day Duncan apologised but then son Stuart told her his dad was tracking Annette’s every move in her car and had even bugged their house. Worse, he had a taser gun. Apparently Duncan had bragged to Stuart believing he wouldn’t say anything. 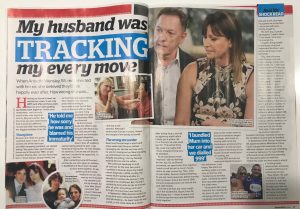 Annette tells her story in Woman’s Own

Terrified, Annette fled and went to the police. Duncan has since appeared Maidstone Crown Court charged with possession of an offensive weapon, assault and controlling or coercive behaviour. He was given a 15-month prison sentence suspended for two ears, given an indefinite restraining order and was made to attend a ‘building a better relationship’ workshop as well as 100 hours of community service.

Annette and son Stuart, 36, are rebuilding their lives. Needless to say it seems exes are often best left in the past and she feels foolish for letting Duncan back into their lives.

Annette wanted to set the record straight about what happened since she and Duncan did all the publicity about marrying a second time. I placed her story in Woman’s Own mag where it appeared on the front cover and over two pages.

Does marrying an ex ever work out? If you have married your ex again and you would like to tell your story – maybe you’re still together or maybe you have since split – do contact me!