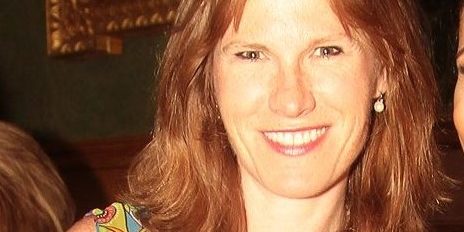 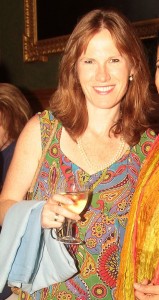 After being privately educated at a top independent girl’s school, Cy, now 42,  went on to read English at Bristol, and then to become a successful investment banker.  Following the birth of her first child she became a full time mum. But sadly the relationship with her daughter’s father ended. She then went on to have a second daughter with another man – only for that relationship to end too.

Like many modern women Cy believed she would be fine as a single mum. After all, she doesn’t want for money, has a fabulous social life and she is now forging a career as a successful writer.

But as her own girls grow older, she is beginning to worry that she is setting them a bad example. Her failure to remain in a stable relationship has been made all the harder to bear because being part of a ‘proper family’ was all she’d ever longed for. Although she had thousands of pounds lavished on her education, her own parents split when she was small and she rarely saw her father.

She now believes not having a father around damaged her so she herself was unable to remain in a stable relationship. 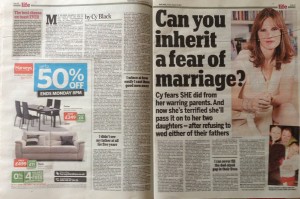 As her own parents split, she believes she never had a relationship template to base her own relationships on. At the same time, she believed – wrongly – that it didn’t matter that much if her daughters had a dad in their lives. After all, she thought she didn’t need a man. She is now terrified her own daughters will repeat the pattern.

She says: “Thank you so much for your professionalism, and all of your help and advice. It was a pleasure working with you.”

To find out more about Cy and to buy her book visit: www.cyblack.com

Are you a novelist who needs the help of a publicist to launch your book? At Featureworld we have a special interest in book writers and helping them to gain publicity. Contact us for some free advice using the form to the right of this page>>>