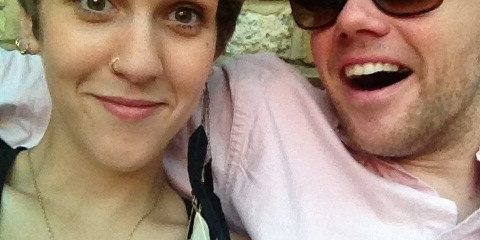 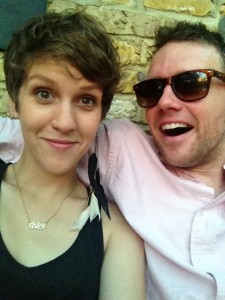 After Chloe Turner’s story appeared in THE SUN newspaper, I was delighted to arrange further coverage with Take a Break magazine – and it appeared over two pages.

Chloe was one of three women who were horrified to find cyber stalker Andrew Meldrum had been spying on them through their own laptops.

Meldrum was sentenced to 12 months suspended for two years, ordered to pay £2100 towards prosecution costs and made the subject of a sexual offences prevention order forbidding him from accessing an internet browser that didn’t save the history of sites he’d visited.

He was also banned from owning any device capable of keeping moving or still images unless he was willing to have it checked by police at any time. In addition he has to undergo two years’ probation supervision, take part in 20 sessions addressing his behaviour and has been put on the sex offender’s register for ten years.

Story to sell? – Contact me using the form to the right of this page >>>

The spy in my bedroom…

Chloe Turner’s new boyfriend Andy Meldrum seemed perfect. But was he too good to be true? 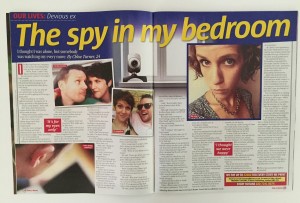 Chloe in Take a Break

Putting down the phone, I leaned back in my office chair and breathed a huge sigh of relief. ‘I’m exhausted,’ I said to my call centre colleagues, ‘anyone want a coffee while I’m on my break.’

There was a call from behind me. ‘I’ll join you!’ said a man’s voice.

I smiled to myself. I couldn’t think of anyone better to spend a coffee break with than Andy Meldrum.

Andy was new. He joined just a week ago and with his twinkly eyes, and sense of humour, he was the perfect person to relax with.

Handing him a cup of steaming coffee, I said, ‘So what brings you here?’

And he explained he was aged 28 and a student studying for a degree at Goldsmiths in London.

‘I need the extra cash to help fund my studies,’ he explained.

Over the next few days Andy grew on me more.  He was so clever. Brilliant with computers. If any of us had any problem we’d always ask Andy.

And he had a laid-back charm that I found very attractive.

‘Fancy a picnic?’ he asked one day. The sun was shining and a few hours later I found myself sharing sandwiches with him in London’s Greenwich Park.

He had such a great sense of humour As we talked about work and our lives I found myself laughing with him.

From then on we were a couple.

Andy was quite unlike any other boyfriend I’d had before. Reliable and totally trustworthy, within a few weeks he took me to meet his family in Portsmouth.

His parents were lovely – clearly they adored him.  I could see why – there was a vulnerability about Andy, something boyish about him.

I noticed early on he couldn’t resist a flutter on a fruit machine – but when I leant him £700 cash, he paid the whole lot back within weeks – so a turned a blind eye to it.

That said, there was something about Andy that wasn’t quite right. I couldn’t put my finger on it.

But one day as we were sat in bed chatting he told me about how he missed a plane flight.

‘I was in the bar waiting to be called and just didn’t realise the time,’ he said. Only he’d told the friend he was going to see that he’d been struck down with kidney failure.

‘I said someone had called an ambulance and that took me, sirens blaring, to hospital,’ he joked.

I smiled but inside I was shocked. Why make up a lie like that?

Still I didn’t dwell on it. After all, there was plenty to like about Andy.

For example, when he booked a romantic weekend away for us both in a hotel in the New Forest I was delighted.

Lying on the bed after making love, I felt the luckiest woman in the world.

Then Andy ruined it.

‘See that over there,’ he said. I looked to where he was pointing and on the window sill I saw a tiny little silver camera.

‘I’ve been filming us while had sex,’ he announced.

I sat bolt up right.  Pulling up the sheets I felt anger rising inside me.

‘How dare you!’ I shouted. Tears were streaming down my cheeks. The thought he’d been filming me without my consent was horrifying.

‘Hang on,’ he replied, ‘lots of couples film themselves…’

But I was furious. ‘I want you to delete it straightaway,’ I stormed.

It was only for us, he said, just some harmless fun. I didn’t want to spoil our wonderful weekend so I let it go.

But a few weeks later I woke to find Andy sat on my bed going through my phone.

‘What are you doing?’ I said shocked. Didn’t he realise my mobile was private?

But he seemed unconcerned when I told him to stop.

Then he said he’d been thinking I should find a proper place to set up my laptop.

‘Why don’t you move that chest of drawers to the bottom of your bed,’ he suggested, ‘it will be much easier for you to watch TV like that than resting it on the duvet.’

He had a point.

When we’d set up the laptop in its new position, we both sat in bed watching a film.

He was right, I had a great view of the screen now it was on the chest.

Weeks passed and I tried to put my niggling doubts about Andy to the back of my mind.

Until one day Andy said he had something to tell me. Incredibly he wanted to finish.

‘I don’t think it’s working,’ he said. It came out of the blue but I certainly wasn’t going to beg for him to reconsider. If he didn’t want to go out any more then that was fine by me.

Two months went by. I was getting on with my life and had moved on from Andy.

But then a friend called me one day.

She was visibly upset. A friend had given Andy her laptop to fix. But when she got it back the Skype webcam wouldn’t work.

As she related the story she became hysterical. ‘Her housemate had a proper look and found spyware had been uploaded to it,’ she said, ‘only it hadn’t uploaded properly and that’s why the Skype didn’t work.’

The spyware had taken film as the person uploaded it. Shockingly the spyware was put there by Andy and the woman had now contacted the Police

It was a shock but I was confused. ‘So what’s this got to do with me?’

She sighed. ‘Andy isn’t the person you thought he was,’ she says, ‘that’s all.’

I put the phone down. Yes I thought Andy was odd but all this had happened with someone else. It was nothing to do with me.

But the next day my friend rang again. ‘Chloe,’ she said, ‘you must check your laptop.’

I could hear my heart thumping in my chest. Following her instructions I grabbed my laptop. Inputting the letter ‘I’ into the search section of my computer I waited for it to search for this spyware she was sure I would find.

‘Chloe… what do you see?’ she asked. But I could barely speak – because there it was. iCam, an app I’d never seen before and the same thing the other woman had found on her laptop popped up.

Shaking I said I’d call my friend back. Then I dialled 999. ‘Someone’s been spying on me via my computer,’ I said.

Andy was arrested and my worst fears came true. ‘There’s evidence he’s viewed thousands of pictures of you,’ said an officer. There was images of me getting undressed and in the bedroom. There was even an image of me finding the iCam out, my face white with the shock.

And there was more. The police found evidence he’d been spying on a third woman via her laptop too.  Andy had planted the same spyware on her computer where it had remained for 18 months.

From the comfort of his own home via his own computer or on his mobile phone Andy was able to watch us via our laptops.  I felt sick as I realised that was why he wanted me to reposition the laptop at the foot of my bed. And it was why he finished with me so suddenly – he’d done what he set out to do, which was plant the spyware on my laptop.

A few weeks later he sent me a letter claiming he only did it because he thought I was having an affair.

But in May 2014 at Woolwich Crown Court a jury heard Andy was a ‘modern day peeping Tom’ who took the images for his own sexual gratification.

Incredibly the software was set up to take a photograph every two seconds and transmit it to him without any of us having any idea.

He was found guilty of two counts of voyeurism on the other two women and also admitted a further three counts of unauthorised computer access, one of them relating to me. He was handed a 12-month prison sentence suspended for two years, ordered to sign the sex offender’s register for ten years, pay £2100 in costs and cannot use a computer unless it monitors his activities.

I am now trying to rebuild my life but it’s hard. I thought I was a good judge of character. But I was completely taken in by Andy. It was such an enormous abuse of trust and I don’t know if I can ever trust anyone again.

I haven’t had another relationship since Andy. Instead I question everyone I meet and everything.

I only hope telling my story will encourage other women to be vigilant and double check their mobiles and computers. I never imagined I could be spied on and not realise. But if it can happen to me, it can happen to anyone…’