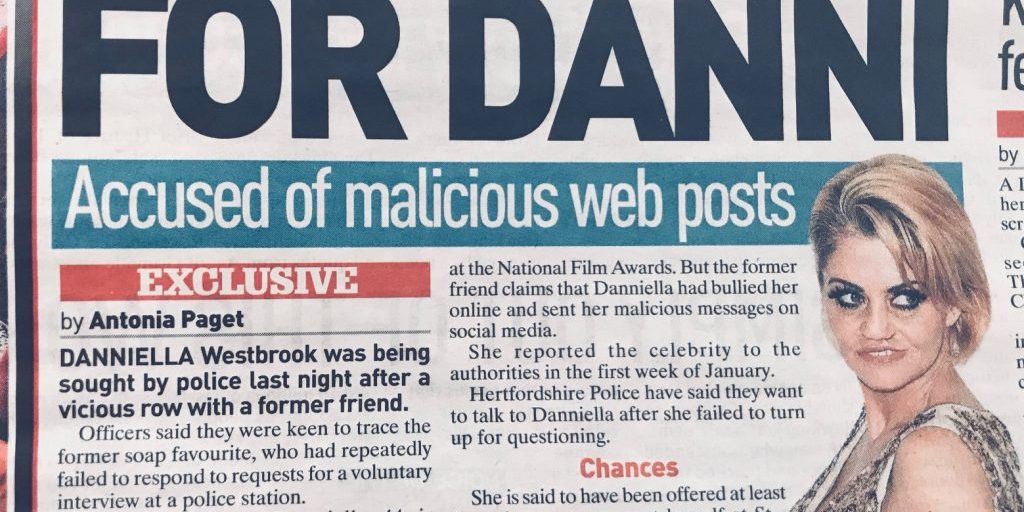 Featureworld was contacted by a tipster who told how Danniella Westbrook was wanted by Hertfordshire Police. The tipster claimed the Ex Eastenders star had fallen out with a former friend with whom she’d had a vicious row.

The ex pal had accused Danniella, who played Sam Mitchell is the BBC soap, of bullying her online and sending malicious messages on social media.

The friend was reportedly so upset that she’d reported Danniella to the police who wanted to speak with her regarding the alleged malicious and intimidating behaviour.

But despite repeated requests to Daniella for a voluntary interview at  St Albans police station, Danniella failed to turn up. 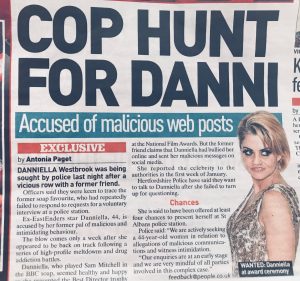 The tipster said the friend was so angry that they wanted the story out there in the media.

In this instance the tipster said going to the media was not about money – so they declined to be paid – but about getting a story into the public domain.

The Police confirmed they are actively seeking a 44-year-old woman in relation to allegations of malicious communications and witness intimidation. A spokesperson said: ‘Our enquiries are at an early stage and we are mindful of all parties involved in this complex case.’

Featureworld sent the tip to the Sunday People newspaper which investigated the claims.  After being published, it has since been picked up by several other newspapers and websites including The Sun and the Daily Mail.