Sadly we learnt this week that Featureworld interviewee Debra McNaughton has been dealt a terrible blow in her fight against cancer. 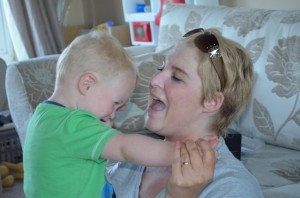 Debra appeared in the Daily Mail only three weeks ago in a heart rendering article about how she believed she had beaten a rare appendix cancer that threatened to kill her.

Eighteen months ago the mum of three was told by doctors that they could do nothing for her after diagnosing her with the cancer.

But after googling a hospital in the UK that specialises in appendix cancer, Debra underwent a massive operation which involved removing much of her digestive system.

Tragically a few weeks after the op a scan revealed the cancer had returned and she then underwent months of gruelling and intensive chemotherapy. Amazingly after nine months she was given the all-clear, giving her Christmas 2013 and a New Year she believed she wouldn’t be alive to see.

However, a week ago, and having undergone a further scan, Debra was dealt another terrible blow- the aggressive cancer has returned. It might mean she has just months to live.

She is now desperately hoping that a doctor abroad can help. There are approximately three surgeons in Europe who have still had good success with this type of cancer – for example, Ghent University Hospital in Belgium where surgeon Dr Wim Ceelen has carried out 450 life-saving operations.  The only problem is that it comes at a cost – some £30,000.

Debra has now set up a Facebook page for donations in the hope she can get treatment at one of the specialist centres abroad. She has not been short of people all wanting to help. After her story appeared on the front page of her local newspaper, over 2000 people ‘liked’ Debra’s Facebook page.

We hope she will be able to raise the money and get the treatment she needs. As she said in Featureworld’s article for the Daily Mail, ‘Every day I am here is another day I am here for my children.’