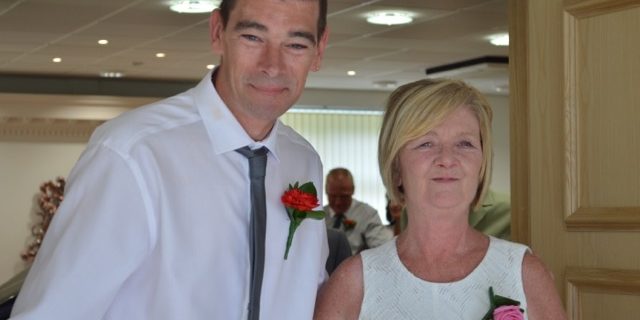 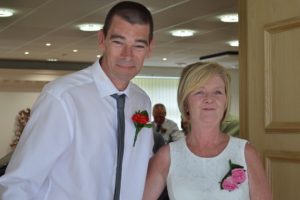 Darren and Lesley on their wedding day

But she claims he was also on his phone

Story of a modern divorce

Are mobile phone ruining our relationships? Lesley Thorpe thinks they could be. She came to Featureworld after her ex divorced her – because she spent too long on her mobile phone.

Ex husband Darren, 50 cited in the divorced papers that Lesley’s love of playing games on her mobile left no time for a relationship and was why their relationship broke down. A judge agreed Lesley’s phone use caused an irretrievable breakdown in their marriage and in January 2017 granted a divorce.

Lesley, 53, admits she spent a long time playing Candy Crush on her phone but says Darren spent time on his phone too – she says the phones ruined their marriage. They might have sat together watching TV but in fact both of them were in their own phone worlds. Even when they went out to a restaurant they spent the time responding to pinging messages. 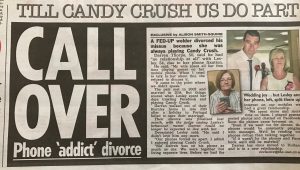 The story in The Sun on Sunday

But after coming back from a holiday in Portugal in late 2015, Darren left the marital home saying it was because Lesley didn’t care about him. She was devastated – they have been together since 2003 and wed in 2014.

She says: “If it weren’t for Facebook we’d still be together.”

Read the full story in The Sun On Sunday

A follow up to Lesley’s quirky story will shortly be appearing in a top national real-life magazine!

Did you get divorced for an unusual reason? Sell your divorce story to the media by filling in the form to the right of this page >>>