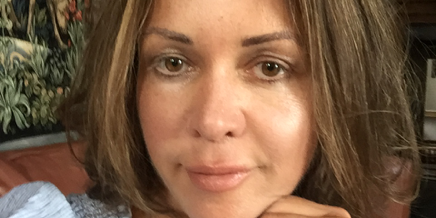 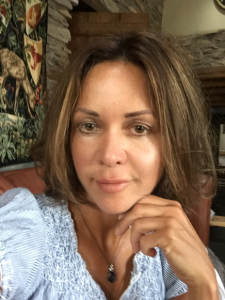 Divorcee loses £400,000 to ‘charismatic investment broker Jonathan Forbes’
Believed Mr Forbes was part of Santander’s private banking group Cater Allen
But he was a conman who convinced Leonie to hand over all her life savings
Fraud squad believe at least 200 people have lost money through the ‘highly sophisticated scam’
Cater Allen have thanked Daily Mail for highlighting the issue

All of us think we would never be scammed but some scams are incredibly plausible. Leonie Morris came to Featureworld to raise awareness of how she was scammed in the hope that having read her story, she will prevent others from doing the same…

Newly divorced, Leonie decided to use her life savings to build an investment portfolio.

The 51 year old counsellor hoped to give herself an income and a financially secure future.

She headed online where she compared investment plans and brokers – and settled on what she thought was private banker Cater Allen’s own website. After filling in an online form she was run by Jonathan Forbes.

Mr Forbes was charismatic, charming and knowledgeable on the phone.

She sent over £100,000 and was happy when she received ‘Cater Allen’  paperwork showing where her investment was.

But it turned out to be a scam. And over the next six months, after sending over more money, she lost £400,000.

She had no idea Mr Forbes was not who he claimed until her own bank flagged up a problem and contacted her to say they were concerned about the money being paid to him.

They and Leonie alerted the fraud squad. But although a track was put on Leonie’s funds, it had all gone.

The Fraud Squad are currently investigating. They told Leonie she is one of around 200 people duped by this fraud and have told her there is very little chance of getting her money back.

Ironically had the money actually been invested as discussed with Mr Forbes then Leonie would have made £1million.

Fortunately Leonie is not a typical ‘victim’ – and decided to turn what has happened into a positive by doing a story to help others. Without people like Leonie speaking out, people are left unaware and fraudsters continue. She is also a life coach and while she has been through a nightmare,  is not going to let something like this affect her inner happiness.

While nothing to do with them – a fraudster could say he or she is from any bank and just happened to choose Cater Allen – a spokesman for Cater Allen said: ‘We are very sympathetic to victims of scams and welcome the Daily Mail’s involvement in highlighting these issues. We hope by raiding awareness of scams such as this one, other people will be prevented from falling victim.’ They have now placed a warning about the fraud on their website, which explains how plausible the scam is and why no one should think they are so amazing that they too could not be taken in! Definitely worth a read…

Meanwhile you can read the whole story in the Daily Mail.

Do you have a fraud or scam story to warn others about? Contact me for free advice.