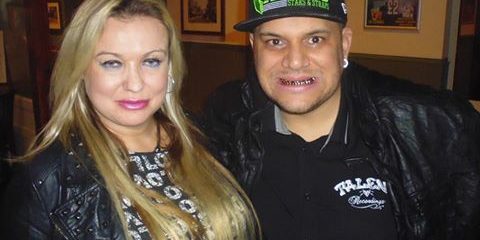 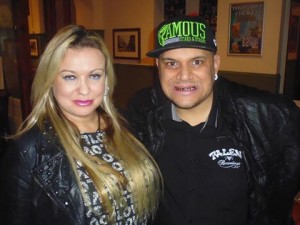 Reality TV star Anthony Ghosh, who once bragged he’d slept with over 1000 women, has found love…

When DJ Talent Anthony contacted me for advice about his story at Featureworld I remembered him straightaway.

The rapper and music producer, 36 is well known for his £10,000 set of gold teeth and for winning over the judges and 13 million viewers when he appeared on Britain’s Got Talent with his catchy tune, ‘I say Britain, you say talent. Britain’s got talent – it’s a DJ Talent.’

And so I was delighted hear the latest update from Anthony – that he has fallen in love with Karen Usherwood, 43, a fan who he met on Facebook!

Anthony – who admits having over 1000 one-night stands – and Karen (strictly a one-man woman!) told their story of how they’ve found love in the Sunday People newspaper.

Karen says: ‘I know Anthony has slept with a lot of women. Some women wouldn’t want to go out with a guy who has had so many one-night stands. But it doesn’t put me off. A leopard does change his spots. Anthony is ready to settle down now.’

The couple first met in 2009 at a gig where Anthony, a semi finalist on Britain’s Got Talent, was a DJ. 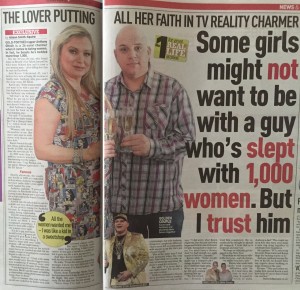 But Karen, who works with disabled kids, says: ‘Although I fancied Anthony I was too shy to talk with him. I was also with someone else.’

However, when that relationship broke up, Karen contacted Anthony on Facebook.

She says: ‘Underneath Anthony is cuddly and so thoughtful. He melted my heart.’

Earlier this year Anthony had a cancer scare. He said: ‘Doctors investigated me for bowel cancer. I was given the all-clear but it was a worrying time. It really put my life in perspective.’

He also admits too that while he lived the life many men would envy – he often wondered if some of them were only with him because he was famous.

He says: ‘Karen is different from any other woman I’ve ever met. She has a heart of gold and is so caring.

‘My mum is delighted. She thought I would never settle down. I went through a very wild time having hundreds of one night stands.

‘But now I’ve met Karen I’ve stopped all that.’

The couple now hope to wed and even have a family.

Has your partner had many lovers before meeting you? If you would like to sell your story to a newspaper or read your story in a magazine, contact me using the form to the right of this page >>>