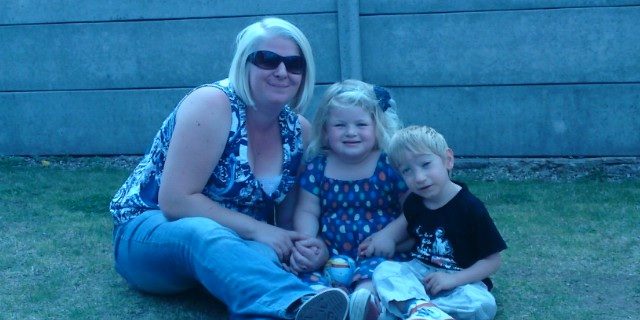 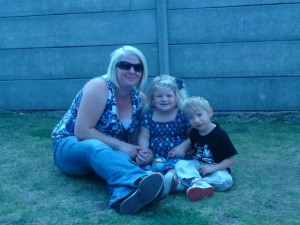 Mum Leanne with Lucy and Jamie.

Amazing story of Jamie, the little boy born with a hole in his head.

Doctors said he had no chance of survival and sent him home to die.

Mum Leanne was horrified when she first set eyes on Jamie – but she never gave up on him.

Leanne Daniel was shocked to discover she was pregnant – it was unplanned and shortly after she and her partner split. But then she discovered she was having boy and girl twins and began looking forward to the birth…

However devastatingly, an ultrasound scan at 31 weeks of pregnancy spotted something wrong with Jamie. Diagnosed as an encephalocele – a rare condition where there is a hole in the skull allowing the brains to protrude.  Jamie’s situation was very severe and doctors gave Leanne the terrible news that her baby would never survive the birth.  Because of this, she was even offered a termination. 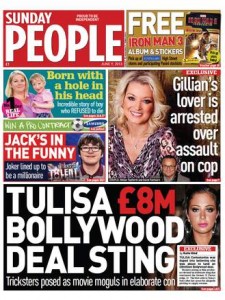 She refused, deciding to let nature take its course, and it was expected Jamie would die at birth. But he didn’t. Although shocked by his appearance, that night Leanne fed him and bonded with him. Still, as he was so much smaller than his twin sister, Lucy, doctors told Leanne to expect the worse. Even when he survived the night, medics still believed it was a forgone conclusion and that nothing could be done. Incredibly she was sent home with him to die.

But Jamie didn’t die. Instead, he fought to stay alive and with Leanne’s tender love and dedication, began putting on weight.  Eventually doctors – amazed and impressed that 16 weeks later he was still alive – decided to help Jamie by trying to close the hole in his head.  Consultants had no idea if he would survive the surgery – it hadn’t been carried out earlier because it carried a high risk of death –  but in a pioneering operation the hole was closed up. Even then there was a strong chance he would be brain damaged.

But amazingly, Jamie, who has undergone further treatment procedures since – did survive and is now a loveable and healthy little boy at school. He does suffer from some learning difficulties but otherwise lives a perfectly normal life. Jamie is an adorable little boy who goes to school and has lots of friends. He is a loving and happy little boy.  Today Leanne is incredibly proud of her son who truly is proof that miracles do happen and you should never give up. 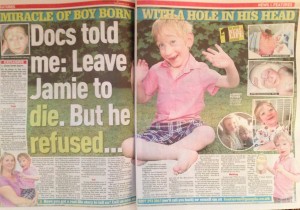 Leanne says: “Thanks for the fantastic story in the newspaper we were all really pleased with it although we didn’t expect to make the front page !”

Leanne hopes by sharing her story she will raise awareness of this little known condition, which affects approximately one in 5000 babies worldwide.  Sadly half of all unborn babies with an encephalocele will die before birth. Of those that are born alive, only half will survive.

But as Jamie’s story shows, there is always hope.

We are hoping by selling Leanne’s story we can raise enough money for Leanne and the twins to go to Disneyland. If you feel you can help with this in any way, please email Featureworld for details.