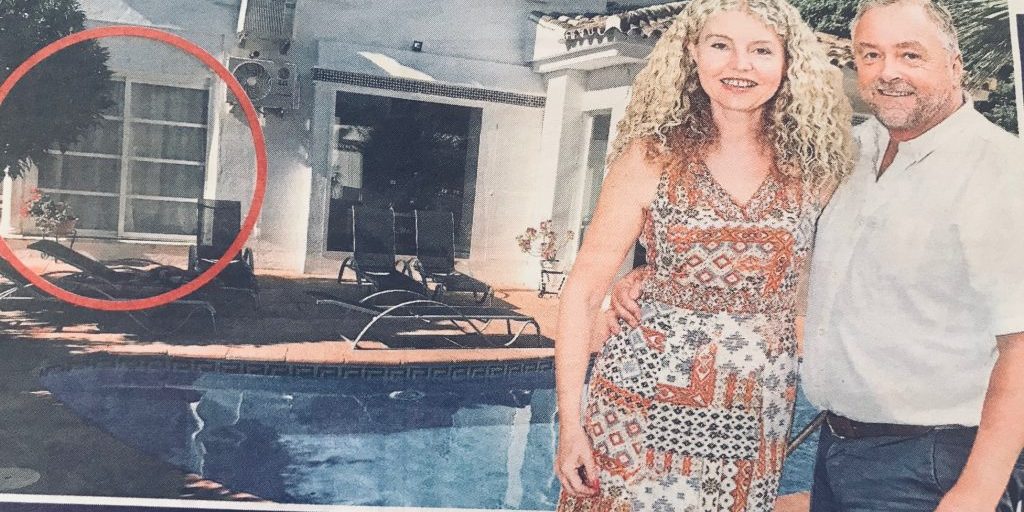 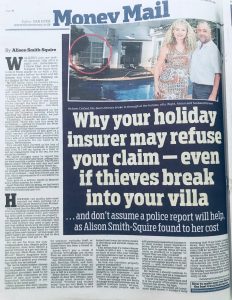 My story in the Daily Mail!

Esure did not pay out due to a small print clause

Story about esure gained hundreds of comments on Mail Online

One of the reasons I originally became a journalist – which after all is hardly the best paid job in the world! – was because I have a sense of justice.

It’s one of the joys of Featureworld that I am in a position to help raise awareness of wrong doings, investigate issues and warn the public of scams.

A few weeks ago I wrote in my blog about how a holiday to Spain turned into a nightmare when my rented villa was burgled. Then despite being insured with Esure they turned down our claim because the Spanish police omitted to stipulate ‘force and violence’ was used to enter the premises.

I felt that was ridiculous and the public should be warned about small print in insurance policies which allows companies such as esure to wriggle out of paying a genuine claim.

So I wrote about my experience in the Daily Mail – and revealed other companies who like esure also have hidden get-out clauses in their terms and conditions.

I was delighted that my article got almost 1000 comments and be warned companies that have hidden clauses, I won’t be shying away from publicly writing about a personal consumer experience again.

Money Mail editor Dan Hyde wrote: ‘Esure’s treatment of Mail writer Alison Smith-Squire brings the whole concept of insurance into disrepute. If Alison can’t get a payout from a major firm for what the Spanish police have categorised as a clear and obvious case of burglary, what’s the point?’

Read the article in the Daily Mail here.

Do you have a consumer issue you would like me to investigate? Don’t let companies get away with wriggling out of their responsibilities! Contact me for more advice >>>