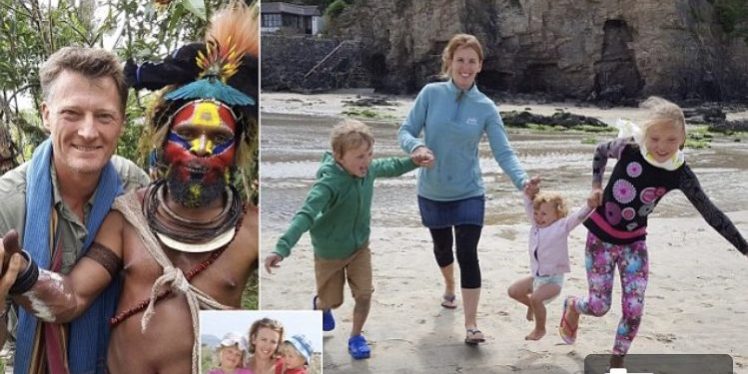 Did explorer Benedict Allen, who went missing in Papua New Guinea, get lost on purpose? 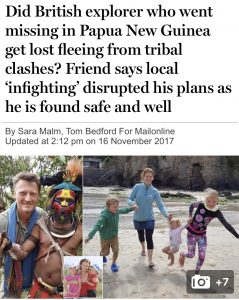 From a publicity point of view, this adventure couldn’t possibly have worked out better. British explorer and father of three goes missing in Papua New Guinean jungle – a remote area where tribes called ‘headhunters’ are known to keep the heads of their enemies as trophies.

Benedict Allen, who was on a solo expedition, had no phone or GPS. He was due back four days ago to give a talk to the Royal Geographic Society but missed his flight – thus sparking friends and family into panic. Which made the front pages of many national newspapers.

Now he has been located and has requested he is ‘rescued’. Rescued from what we don’t yet know. But I am sure I’m not the only person who is clamouring to know. If he’s been missing and rescued there is surely going to be a great story to tell.

One of the top comments on MailOnline was, ‘Lost yesterday, found today … does he have a book coming out?’

Probably. Until this week I’d never heard of Benedict Allen and I suspect I’m not alone.

But in fact Mr Allen, 57, has already written extensively about his past expeditions, which have brought him great acclaim. One adventure included avoiding starving to death in the Amazon by eating his dog, Cashoe. This emerged in his first book, Mad White Giant. Since then he has published nine more books and recorded six TV series for the BBC.

Thus he is no stranger to the press and media. Indeed he even has an agent, Jo Sarsby Management which specialises in representing clients of ‘factual entertainment’.

So was Benedict Allen’s getting lost, as some are now saying, a publicity stunt?

Of course going on your own to a remote unexplored part of the world without any means of contact to meet up with long-lost tribes is in itself a way of getting great fodder for your next book. This is what Benedict Allen does.

It just wouldn’t be such a good story would it if lots of you went trekking with a full medical team, tracking devices and mobile phones.

Also, as when people come to Featureworld to do their stories, it clearly helps enormously to have an experienced agent sat in an office sending updates, providing photos and family quotes to the media.

However, I don’t believe Mr Allen planned to get lost or that going missing was some sort of publicity stunt. Media coverage is unpredictable and therefore difficult, if not impossible, to plan in advance.

That said, I can guarantee the adventure has raised Mr Allen’s profile. Without doubt every newspaper will want that first chat with him, every TV company will want him on their programme and all his books will see an upsurge in sales. Indeed, his next book is surely set to be a bestseller.