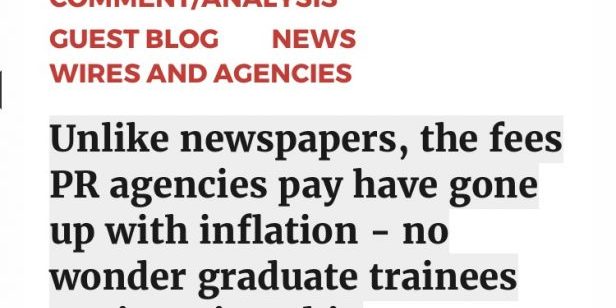 Sarah Hall PR, FCIPR, CIPR President-Elect, and a self confessed ‘PR Superstar’ – how they and other PR Luvvies used tragic Charlie Gard’s story to promote themselves…

‘A grieving family lies at the heart of this case and our thoughts are with Charlie’s parents at this time,’ says PR Sarah Hall about people she has never met and a case that has nothing to do with her at all.

But then Ms Hall, or ‘Sarah Hall PR, FCIPR, CIPR President-Elect’ as she calls herself (one of those people who clearly feels the need to put letters after her name) is yet another individual who has jumped on the Charlie Gard bandwagon. 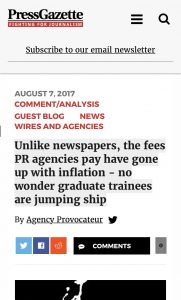 And there have been lots – all the pro-lifers for a start, a number of American preachers and quite a few other PR luvvies – step forward self proclaimed ‘PR Superstar Jill Kent’ – someone else I had never heard of before, who has led campaigns I have never seen for people and businesses I never knew existed –  they decided they were more qualified to write about Charlie Gard than I am.

The stuff from the PR people has come about because I have put out a handful of statements on behalf of Charlie Gard’s parents as well as write their articles. Sarah Hall got particularly upset about it because according to her no one can do any PR apparently unless they belong to her organisation CIPR (which until now I had never heard of either but of which she is of course ‘President-Elect.’)

Conveniently all of this smug self-righteousness has made a good PR puff on the back of Charlie Gard, for these attention seekers.

So are they right? Am I somehow guilty of these bizarre offences?

Well you decide… I am a journalist. Journalists expose issues. Thus the Gard family came to me in the hope that I would help them expose their situation with GOSH (read more about the Charlie Gard story here.) I did that by writing about their situation and doing their interviews – which is what journalists do.

When they were going to court they asked if I would accompany them because the world’s media would be there. Obviously as a journalist they felt happier having me there with them. A few times a statement needed to be put out and as someone with direct access to all newsrooms worldwide I was the obvious choice to communicate those statements (written by the Gards themselves with guidance from their solicitor.)

The Gards are people who found themselves in a nightmare. They are not a perfume company or a supermarket going to a PR to raise their profile about their brand. They were ordinary people who just wanted one trusted person to deal with all their media for them.

If they’d gone to a PR then a PR company would have charged them fees. Even if that PR acted for free, many PRs actually take money from the press to allow their client to be interviewed (PR is not known as the ‘dark side’ for nothing). Even if that PR acted for free and didn’t take any money for putting them up for interviews, The Gards would have found themselves speaking with a strange journalist who might have written something they didn’t like.

A lot of people seem up in arms about this. How dare Alison Smith-Squire write what the Gards wanted about them (ALL copy is always read back for full approval of all interviewees). But had the Gards been faced with talking to a staffer on a paper, guess what, they wouldn’t have spoken to anyone. So everyone, you would have had no interviews at all to read!

I make no apologies for writing stories for the Gards. Yes that is what I do and yes, I am paid as a journalist for my writing.

‘PR superstar Jill Kent’ boasts that her clients enjoy ‘boosted sales…increased profits’. Yes I am sure that is exactly what people are looking for when they engage a PR person but it is not something any real life person with a real life story asks me about.

What all these PR luvvies haven’t mentioned is, as said in a recent story for Press Gazette, PR is paid much more highly than journalism. If I wanted to earn lots of money then PR not writing is what I should be doing.

Unfortunately I have really low opinion of PR people. It might be because as a journalist I am spammed daily by so many PR companies with rubbish press releases about their poor clients. It might be because about once a month a small business owner comes to me who has spent thousands of pounds that they can’t afford with a PR company and got absolutely nowhere (or the publicity gained is tiny.) If that person has a good story to tell (and that’s my judgement on whether to do someone’s story or not) then I have sometimes been able to write a story and promote their business or charity. Far from paying me anything, quite often I’ve sorted a payment FOR THEM from the publication for their story.

Maybe Sarah Hall PR, FCIPR, CIPR President-Elect and others like her who have jumped on the Charlie Gard name to get themselves noticed should consider that actually there is a grieving family at the centre of all of this – and that family, like me, find their inaccurate gossiping and sniping to promote themselves, not only unhelpful but also rather spiteful and nasty.

PS: Featureworld is not a member of any PR organisations because it does not do PR. As a news organisation producing copy for the national press, it is however a member of the National Association of Press Agencies (NAPA). Meanwhile I am a fully qualified NCTJ journalist.