At Featureworld I don’t just sell your stories, I love to keep in contact with all interviewees and am delighted when they ring me with updates…

Jim Higgins was the pensioner who found himself being investigated by the Police for damaging brambles and theft of a fence after he tidied up a footpath running at the bottom of his garden.

I placed Jim’s story in the Daily Mail newspaper and following that article, his story appeared in his local paper, BBC and independent news stations.

Happily I am delighted to report that Jim has been told the Police are to take no further action.

He said: “Getting my story out there was the best thing I did. The publicity made me feel a lot better. But I am so incredibly relieved to no longer have this nightmare hanging over me.” 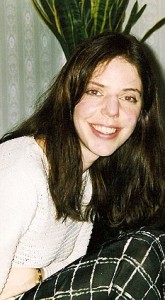 Dawn before her stroke

Congratulations to former Featureworld interviewee Dawn on gaining her degree in history!

Dawn has locked in syndrome which means she cannot speak and is virtually paralysed. She can only communicate by blinking her eyes and making tiny sideways movements of her head.

She was 26 weeks pregnant with her first baby when she suffered a catastrophic stoke. Baby Alexander was born by c-section but before she could hold him, she fell into a coma.

She survived but her marriage broke up. She has never properly held Alexander, now aged nine, or been able to talk to him using her own voice. However, she adores life and feels lucky to be alive.

Today she communicates via a computer and has even written a book Slowly Making Ripples.

I wrote Dawn’s story for the Daily Mail and Bella magazine. She has also appeared via Featureworld in The Sun. She is now considering doing a masters!

Dawn’s dad says: “We’re so proud of Dawn. She has had to cope with so much but she is such a positive and determined person.”

You can read Dawn’s story in the Daily Mail here.

Becky-Ann Johnson’s story appeared in the Daily Mail after she contracted rhabdomyolysis after a personal training session at her local gym.

The potentially life threatening syndrome occurs when a person’s muscles begin breaking down following doing too much exercise. Becky wanted to highlight the condition as she believed she allowed herself to be pushed too hard by a personal trainer and wanted to warn others.

However Becky is now fully recovered and managed to complete the Tough Mudder event in under three hours! She managed every obstacle.

Becky tells me: “Very happy lady and loved every min. I just wanted to let you know how I got on.”

It it always lovely to keep in touch with interviewees! If you have a story to sell or you would simply like to raise awareness and would like my help then do get in contact using the form to the right of this page>>>