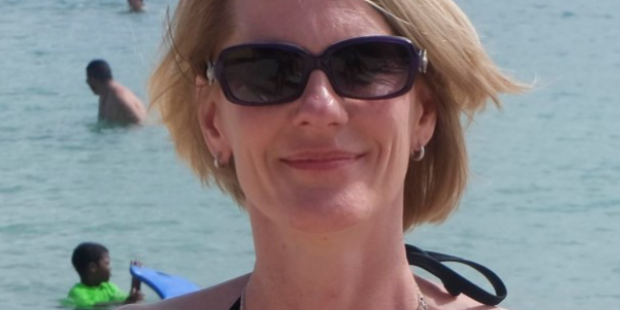 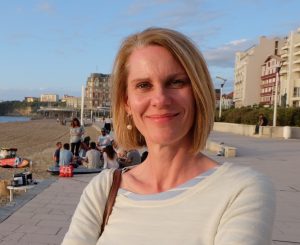 Georgina came to Featureworld after being raped on a sailing holiday in St Lucia, Naturally it was extremely important her story was dealt with sensitively and accurately.

Her story about how she is suing the villa owner appeared in The Sun on Sunday, Daily Mail (twice – once as a news story and once over two pages as a feature) and on news websites such as The Independent, Daily Mirror … and all over the world. She also featured in a BBC news report and on ITV news.

“I was desperate for my story to be heard. Having been viciously raped on a ‘girl-only’ holiday in the Caribbean owing to poor security I was already taking legal action against a company – Girls for Sail – that claimed to empower women by teaching them to sail without men.  They treated me appallingly after the incident, exposing me to further risk and trauma.  It all felt so wrong. 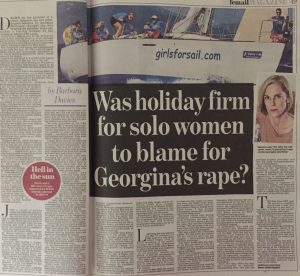 I knew legal action was not enough.  I wanted to warn women about the dangers of travelling to St Lucia, a small island where the is an epidemic of rapes, as well as bring to public attention the callous and ridiculous response of the company to my terrifying brush with death.  In doing so I also felt that I would help to support other survivors of rape.

Alison absolutely championed my story; she was utterly tenacious, unfailingly professional and very supportive during a difficult time.  She protected me – selling my story felt very exposing and scary.  Doing this was a tough decision and I needed someone who could do the job with tact and sensitivity.

I am forever in her debt as getting my story in the public domain has changed my life.  I have let go of the disabling anger that was destroying me and preventing me from moving forward.  I achieved way beyond my objectives when my story went viral around the world and appeared on multiple websites at home and abroad.  Appearing on national and London TV was the icing on the cake.

Another positive consequence has been recouping some of my financial losses from the  expensive holiday.  Also very important for me as prior to this I felt that I had actually paid to be raped.

You could not do better than select Alison to sell your story.  Thank you Alison.”