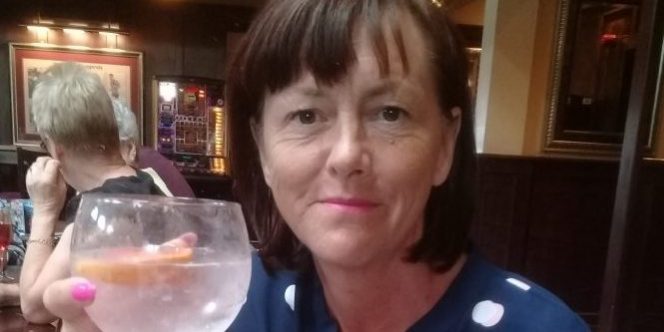 Gastric band nightmare: Husband gave me a gastric band for my 50th birthday – and I almost died. Story in THAT’S LIFE mag 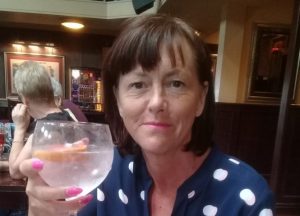 But when the surgery went drastically wrong, she ended up coming back to the UK to save her life

Alyson Mortimer’s story is a warning for anyone who contemplates gastric surgery to lose weight. While dieting is so hard, it could still be an easier option than undergoing an operation…

When Alyson’s husband asked her if she wanted a new diamond ring for her 50th birthday, she said no. Alyson, who was a size 16, wanted was to be a size ten. And so she asked husband Tim for a gastric band.

Her husband was happy with Alyson the way she was. But Alyson was adamant – she’d tried dozens of diets in the past and none worked. At 5ft 4″ she weighted 13 stones which she felt was too heavy. She felt the only way was gastric band surgery.

The cost of the op in the UK was £6000. But as the couple had a holiday apartment in Egypt they decided to combine a holiday there with an op at a local Egyptian hospital – a saving of £3000.

The op seemed to go well and Alyson went back to the apartment to recover in the sunshine. But within few weeks Alyson developed a hole in her tummy and she was in lots of pain. Part of the gastric band – the port, a plastic part where saline is inserted to inflate the band and make the stomach smaller so the patient can only eat smaller amounts – was also poking through,

Eventually the hole got so large and Alyson was so unwell the couple decided the band needed to be removed. It was supposed to be a two hour op but it took six hours.

After a night in hospital she was sent back to the apartment. However, a few days later Alyson’s stomach began to swell and she was rushed back to the hospital. After a ten hour operation Alyson was fighting for her life in intensive care. The care was also costing hundreds of pounds.

She was in the Cairo hospital for seven weeks and had two more ops to try to cure the problem with her stomach.  However, eventually an emergency flight back home to Sheffield in the UK saved Alyson’s life. By then she was in a wheelchair but had to walk onthe plane by herself (otherwise they would not have taken her back.)

As soon as they got back to Sheffield Tim rushed her to hospital where she was at death’s door and rushed to intensive care. She spent another three weeks in hospital.

She has now been left with a large scar on her tummy as a reminder of the nightmare gastric band op. Although she now weighs 8stones 6Ib she is still incredibly weak and unable to do much for herself.

She regrets her op terribly. If only she’d opted for the diamond ring as a present from Tim.

Alyson’s story appeared in That’s Life magazine. She hopes telling her story will serve as a warning to other women about the possible side effects of gastric band surgery.

Do you have a story for That’s Life or another magazine? Contact me for free advice about how to sell your story and raise awareness>>>

Read more: sell my story to a magazine

Category: Stories sold in 2018, Stories sold to a magazine, That's Life storiesBy Alison Smith-SquireNovember 27, 2018
Tags: Weightloss
Share this post
Share with FacebookShare with TwitterShare with PinterestShare with LinkedInShare with WhatsApp