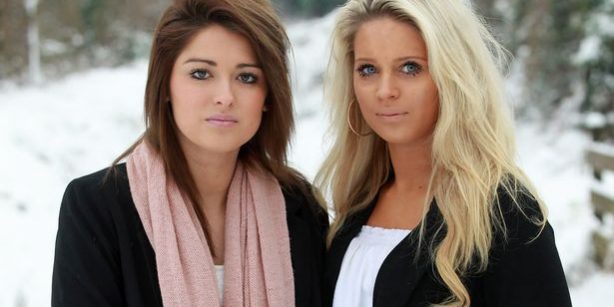 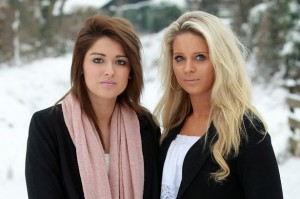 Serena Burton and Grace Cochran unwittingly found themselves in the middle of a media storm recently after they accused N-Dubz rapper Dappy of spitting at them.

The pair appeared in court to give evidence against Dappy, who was later found guilty by a jury of affray. He now faces up to three years in prison.

But shockingly the pair found themselves targeted by N-Dubz fans furious that they had testified against him.

The clash happened at a petrol station. The girls had bought a sandwich following a night out when Dappy pulled up in a car. He and a friend both got out and invited the girls into the vehicle – but they refused. 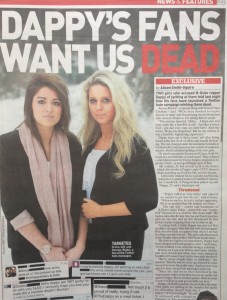 A court heard Dappy became angry and the girls claim he spat at them. At that point a passer by came to their aid and was set upon by Dappy and some pals.

Grace and Serena had no idea it was Dappy until weeks later.  But they say even had they known, they never would have got into a strange vehicle with men they’d never met before.

It was a very frightening experience and they feel extremely grateful that the passer-by was there.

However, they’ve been horrified by the outpouring from fans on social media websites.

The girls wanted to put their story over properly and we placed it with the Sunday People newspaper.

Have you found yourself in the middle of a media storm? For more advice about how to cope read our article on How to Cope when you become the news.

If  like Serena and Grace you need advice, then contact us in confidence to the right of this page…