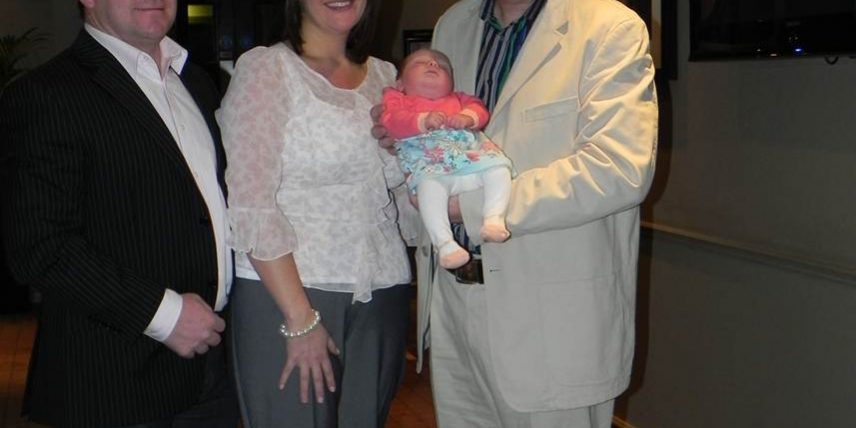 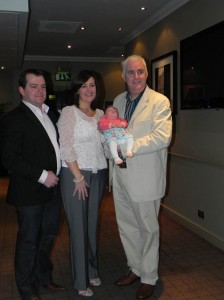 Julia and Tony Rees had almost given up hope of ever having a baby. The couple had spent £80,000 savings on IVF. But tragically despite having 11 attempts, Julia had suffered eight miscarriages. Devastatingly two were sets of twins and a little boy.

Pregnant with her ninth child, Julia was referred to fetal consultant Bryan Beattie for monitoring.

Today she credits Bryan, consultant in Fetal Medicine at University Hospital of Wales, Cardiff, with helping her to give birth to their longed for healthy baby daughter.

Julia had regular scans and could even text Bryan if she had any worries. When she progressed and was worried about going into premature labour, as she had done before, Bryan arranged for her to have a special test to predict it. This meant when weeks before Ruby was due and it proved positive, Julia was able to have treatment to stop labour starting.

Eventually, Ruby was born at 37 weeks and was totally healthy.

Tony and Julia are so overjoyed that they have nominated Bryan for an award currently being run by the Daily Mail newspaper. 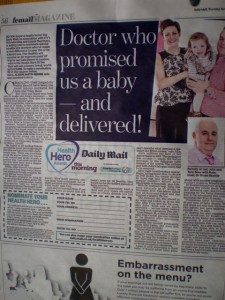 The Health Hero award is being run by the Daily Mail in association with ITV This Morning and Lloyds Pharmacy.

Julia and Tony’s story has previously appeared via Featureworld in the press. Our £80,000 baby.