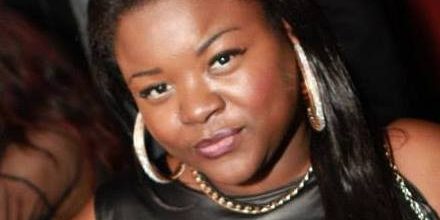 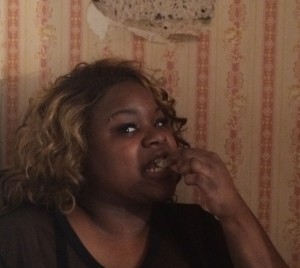 After appearing in The Sun newspaper, and on ITV This Morning, I was delighted to gain Patrice Benjamin-Ramgoolam a further deal to sell a story to a women’s magazine.

Patrice certainly had an unusual story to sell! She suffers from a rather bizarre condition where she is driven to eat chunks of plaster chipped off her bedroom wall.

Patrice’s story appeared on the cover and over a page of Real People magazine.

Most of us crave chips, crisps and chocolate. But for Patrice Benjamin-Ramgoolam nothing tastes better than her bedroom wall…

Picking up a pair of scissors I begin chipping at my bedroom wall. Hacking off the wallpaper and plaster, I stick the blade into the chalky bricks.

A tablespoon of brick dust falls into my hands and I put it in my mouth. Although I’ve already eaten dinner today, nothing tastes better to me than bricks. 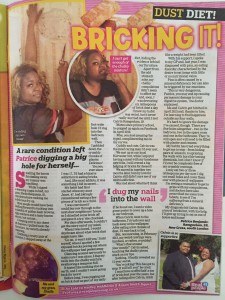 I know it’s a bizarre eating habit  – and I am desperately trying to stop – but the craving for gritty bricks is so strong, I just have to eat some more…

I was just 17 and living with my grandparents when I first developed my taste for bricks.

The idea came into my head when a relative joked she knew of someone who’d eaten brick dust as a child.

From then on I began to fantasise about what a wall would taste like.

One day at my grandparent’s house I noticed some bricks poking out where the wallpaper had come away.

It was in a spare bedroom and hidden behind an old chest of drawers.

The desire to find out what it tasted like was overwhelming. No-one will find out, I thought.

Using a sharp ornament I lay on the floor and chiselled out a few crumbs. It was a wonderful chalky type of wall. It tasted fantastic, like nothing else on earth, and from then on I was hooked.

Over the next few years my wall addition grew until I was scoffing six tablespoons of bricks a day.

I kept it secret, eating walls hidden behind some furniture. Eventually holes were discovered but everyone thought mice made them.

But by then bricks – sometimes mixed with a bathroom cleaner (Cif) – had become a secret part of my daily diet.

In 2012 I began dating old school friend Calvin, 28, who works as a steward, after we got chatting on Facebook.

He never could have guessed about my bizarre eating habit. By then I was studying a degree in Health and Social Care. I just never found the right time to tell him…

We married in April 2013 but it was only after we moved in together that I confessed her urge to eat walls.

I was worried what Calvin would think. I’d been eating our bedroom wall and covered up the hole with a poster. Yet as it got larger I couldn’t keep the truth from him any more.

“The hole that is gradually appearing in our bedroom wall was caused by me,” I told him one day. He was shocked.

At first he laughed it off. “You’re joking!” he said.

Then he thought it was just a phase.

Now, however, he now worries about my health. And the hole in our wall at our South East London flat is growing – it now measures around one foot by two foot.

“This has got to stop – it will kill you,” he says when he finds tell tale brick crumbs on the bedroom floor.

And he has tried everything to get me to stop – from hiding the scissors, to repairing the wall and spraying it with vile tasting chemicals.

By November last year I began suffering from severe stomach pains and having difficulty going to the toilet.

I ended up seeing my GP who diagnosed the condition pica. I’d never heard of it before but he said it was when people wanted to eat things that were inedible.

“It’s dangerous,” he explained, “ it can damage the digestive system.” He added the craving is likely to be due to a nutritional deficiency – some sufferers are found to lack iron – and prescribed iron pills.”

Pica can also be caused by emotional problems. That’s true because when I feel stressed or worried I eat the wall more. Strangely eating bricks calms me down.

However, while I have managed to cut back – now I only eat around three tablespoons of the wall today rather than six – I don’t know if I can ever stop completely.

It’s shocking to think I have probably eaten half a ton of bricks since this addiction began. Luckily I haven’t damaged my teeth but I have to drink lots of water and take a laxative because my poos are so hard.

Meanwhile, to save damaging the walls in our house I buy chalk and eat that instead. But it isn’t the same as eating the wall and I don’t know if I’ll ever be able to give up my craving completely.

Calvin begs me to stop. He finds it odd but he’s supportive. He knows I can’t help it.

We have researched pica and believe the condition is much more common than people think.  And we both hope telling my story openly like this will help others.”

Do you want to raise awareness of a bizarre compulsion – and sell your story at the same time? Contact me for more advice using the form to the right of this page >>>

Category: sell my story to Real People, Stories sold in 2014, Stories sold to a magazineBy Alison Smith-SquireNovember 19, 2014
Tags: Shocking real-life
Share this post
Share with FacebookShare with TwitterShare with PinterestShare with LinkedInShare with WhatsApp