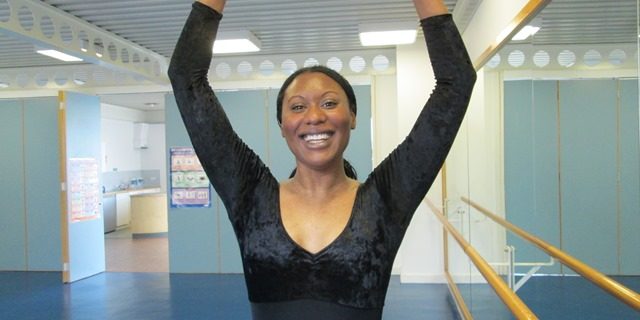 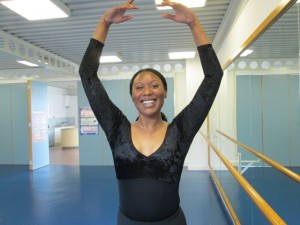 Fit and well: Hope as she is today.

The dancer had recently undergone a hernia operation but instead of bouncing back to health, she was being sick up to 40 times a day and nothing helped.

Often Hope was in agony with stomach cramps but doctors couldn’t find anything wrong and eventually they diagnosed her as anorexic.

It was a shock as Hope had never worried about her weight and knew she wanted to get better. And within six months and weighing just five stones, she was rushed to hospital where for months just a drip kept her alive.

Yet frustratingly, doctors still kept to their diagnosis that she was in the grip of an eating disorder. She had no desire to be thin – she simply wanted to get better to dance.

Eventually as she wasn’t getting better, her mum Joyce brought Hope home.  It was then they made a decision to visit Hope’s brother in the States and see if doctors there could help. 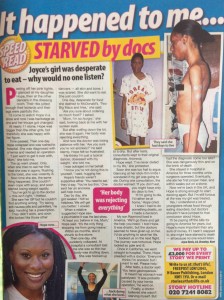 Desperately ill, as soon as they landed in the plane, Hope went to hospital and seeing the doctors there was a huge relief. For the first time, they did proper tests on her digestive system, tracking what she ate as it went through her stomach.

Hope didn’t have anorexia after all. She was suffering from a rare condition called gastroparesis where the stomach was paralysed.

Food wasn’t moving down the digestive system properly and doctors believed it was triggered by the hernia op, when the vagus nerve, which controls contractions that move food down the stomach to the small intestine, was damaged.

This resulted in all the symptoms Hope had – constant vomiting and terrible pain.

Hope had the first of 12 operations to bypass her digestive system and enable her to eat properly. Within three months she’d gained a stone. Back in the UK she had more treatment, including drugs to help.

But she’d become so weak she had to learn to walk again and didn’t know if she’d ever be able to dance.

It was to be four years until Hope could sit down to a proper meal but today she has met partner Ian, a cameraman and is well enough to open her own dance school – the Hope School of Dance near her home in Croydon.

Hope’s amazing story appeared in That’s Life magazine. She says: “I still have days of terrible pain and must be careful what I eat. But I hope sharing my story will give others hope that you can come through such a nightmare.”

If you would like to sell a story to raise awareness, contact us using the form to the right of this page>>>