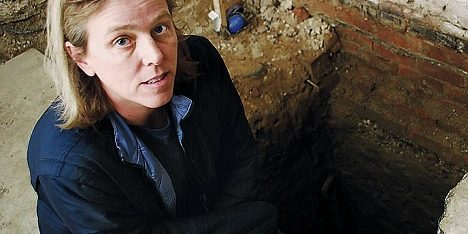 Catherine McGuigan’s bizarre story about how she found skeletons under her dining room floor appears in WOMAN magazine.

When Catherine McGuigan decided to renovate her house, she was horrified when workmen dug up a skeleton. 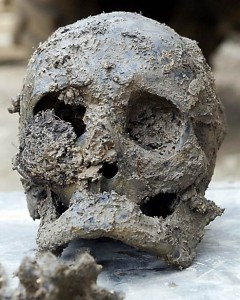 And if that wasn’t bad enough, the workmen went on to find over 30 more bodies under her Hertfordshire property.

Police were called and forensic teams examined the bones. Thankfully they were found to be over 100 years old. And Catherine then discovered her home was built on the site of a Quaker burial ground from the 1700s.

At first Catherine believed it would cost her tens of thousands to remove the skeletons and have them reburied. But the skeletons were later removed by the Quakers for free and interred in a burial ground. Catherine continued building her extension.

Fortunately her son found it ‘cool’ and practical Catherine was undaunted by the find. Her extension is now complete and she has a beautiful home to live in. 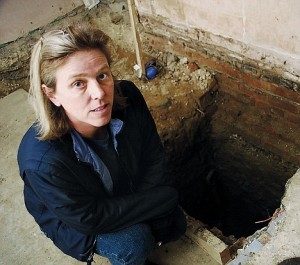 As a memorial in the basement – which was turned into a cinema and gym – Catherine pegged up photos of the skeletons, excavations and old maps from the 1700s.

She says: “The skeletons were part of the history of the house and needed a fitting memorial – although at the time it was like something out of a horror movie!”

Catherine’s story has previously appeared via Featureworld in The Daily Mail, Weekend magazine (Daily Mail) and Pick Me Up magazine.

Quirky story to sell? Then fill out our form to the right of this page!