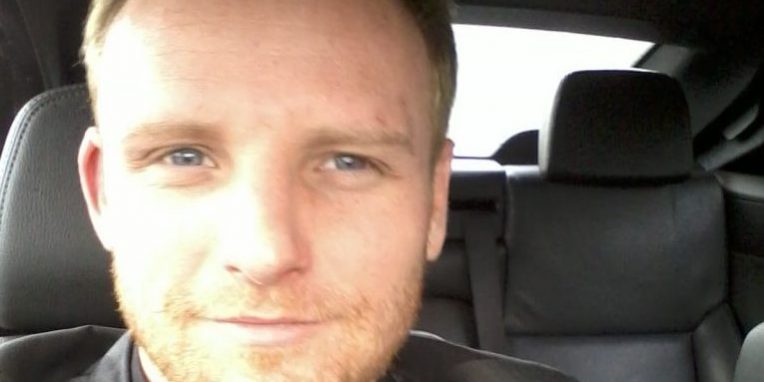 Want your story to appear in a newspaper and a magazine? Featureworld specialises in multi deals – meaning your story gains additional publicity. After his story appeared in the Sunday Mirror, I arranged for James Cooper’s story to appear in Take a Break magazine where it recently appeared on the front cover and over two pages… Read it below

Sell your story to a newspaper and a magazine! Find out how Featureworld sells your story here: Selling your story

James Cooper, 35, was taking his daughter on a playdate when the police swooped… and a nightmare began…

ACCUSED OF KIDNAPPING MY OWN DAUGHTER! 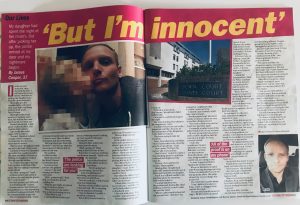 James in Take a Break

The phone was ringing and my ex Gemma  wasn’t picking up.
Since we split, our daughter Lucy had lived with me at my mum’s. Our relationship was still rocky and we were always arguing. And although Gemma had seen Lucy regularly this was the first time she’d stayed over with her. Worried I decided to head straight over to Gemma’s.
I rapped on the front door hard. No answer. Heart beating I went round the back to investigate what was going on, climbing through an open window I’d boarded up a few weeks earlier.
At that moment Gemma appeared. “What are you doing here?”  She was talking to someone on the phone. She fled up the stairs and I followed her.

“He’s in the house,” she said, “Get out!” She grabbed Lucy who was sat looking bewildered in the bedroom.
“Don’t be so hysterical,” I said.  stepping forward to take Lucy out of Gemma’s arms, “Come on Lucy.”
Clutching Lucy’s hand I walked downstairs and out of the front door. Over the past few months Gemma had made one absurd accusation after another about me. Every one of them false.
We got to a friend’s house where my mum was. “There’s granny!” Lucy ran into my mum’s arms.
My phone rang. It was a neighbour. “Where are you?” he said, “there’s a load of police outside your mum’s house.”
Opening the front door, I heard a helicopter overhead. Moments later a posse of police cars and officer surrounded me.
“Hand over the little girl…” shouted one.
“What’s going on?” asked my mum. Lucy was clinging onto her looking terrified.
A police officer tore her from my mum. “You’re going back to your mum,” he said.
Before I could say anything I was bundled into the car. “We’re arresting you on suspicion of kidnap,” said an officer.
At the station I fished my mobile from my pocket. “Everything’s on there,’ I told the officer, “Lucy lives with me. You can see all the messages between myself and Gemma about her staying overnight.”
I checked my watch. Hopefully I’d be out soon.
Only he looked at me and said, “I believe the mother. We’re keeping you here.”
“What about the phone messages?” asked
“They’ll be looked at,” said the officer, “in due course.”
The next day I appeared at a court house.
“Due to the seriousness of the kidnapping offence we believe Mr Cooper should be remanded in prison,” said a lawyer representing the police.
What? I couldn’t believe my ears.
I was shown to a cell and the door locked behind me. Sat on the mattress I put my head in my hands. Tears stung the back of my eyes. My Lucy. What was happening?
The days turned into weeks. Then into months. I sank into a deep depression.
“No one believes I didn’t kidnap Lucy,” I said to my mum. She knew the truth. But the way things were going I could end up going to prison for a long time.
I’d never see Lucy again. Over the next few weeks I felt so low I didn’t want to live. Twice I took my own life.
I just wanted to die. But each time I woke up in the prison hospital. It was a never ending nightmare.
Finally I went before a judge. The phone messages – all 1200 of them – had been read.
Finally some justice.
The lawyers were talking. I was being released. There was no evidence against me. It was over in minutes.
Walking outside I blinked in the daylight. Free at last.
I felt euphoric.
Only, as the days went by I felt angry. I’d been locked up for six months for something I’d never done.
All because a police officer hadn’t bothered to look at my phone.
I tried to rebuild my life, launching a court bid to see Lucy. In summer 2017 I was granted temporary shared parental custody.
At first Lucy barely recognised me. But straight after winning the shared parenting case, she spent a magical two weeks with me. We went to theme parks, museums, to see my mum. All normal things.
I hoped to see her more. But then she returned to her mother.
Since then Gemma has moved away, leaving no forwarding address. I’ve been cut out of Lucy’s life. Despite further legal attempts, I haven’t seen my daughter since. Just as I got Lucy back I’d lost her again. It was devastating.
I complained to the police about their treatment. Eventually two police officers appeared before a police tribunal. One was given a final warning for gross misconduct and the other was given ‘management advice’ for misconduct.
An investigator said in an IPCC report: “A serious allegation was made which was not investigated in a fair and through manner. Had investigations guidelines been followed … then Mr Cooper would not have spent six months on remand for crimes he hadn’t committed in the first place.”
I was awarded £50,000 compensation for the wrongful arrest by the police.
I have a new girlfriend and am trying to move on with my life. But no money will ever compensate me for not seeing my daughter. I’ve tried sending Lucy a letter via social services. I told her I loved her and missed her. But I’ve no idea if she’s seen it. I am determined to keep fighting to see my daughter. If it doesn’t work, I only hope when she’s older Lucy will read my side of the story and realise how much I always loved her and never gave up trying to be part of her life.”

Story to sell to a magazine? Get your story out there in a magazine and a newspaper! Contact me to find out how >>>