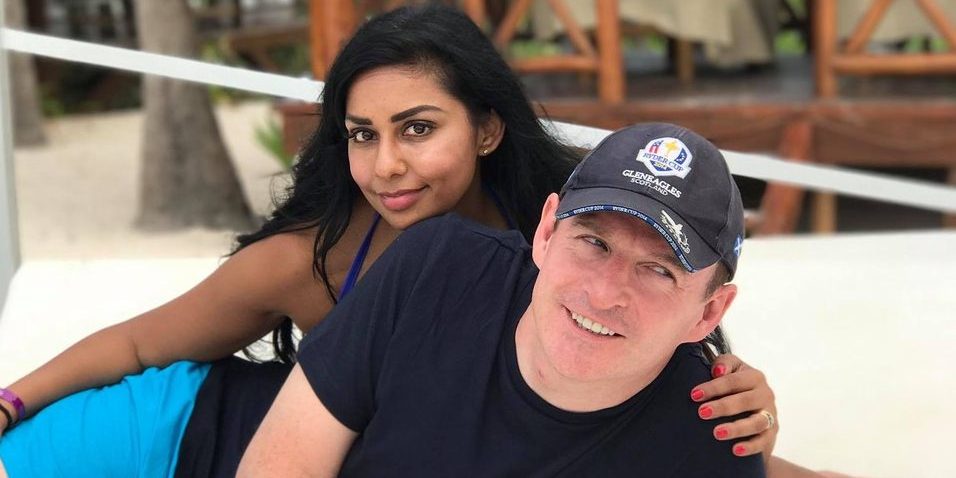 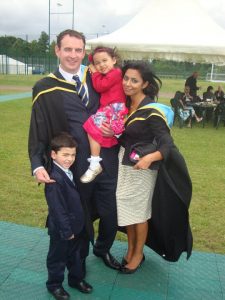 We all imagine what life must be like to have millions in the bank and to be able to do whatever we want. But in reality are people who live a millionaire lifestyle really happier than the rest of us?

As investment bankers in the city Deepali Sharp and her husband Kristian had the world at their feet.
They couple both lived the high life eating out at the very best restaurants, travelling first class all over the world.
Deepali shopped for groceries in Selfridges, they both only wore designer clothes and had a live-in housekeeper in their central London home.
When she got pregnant their lives seemed perfect.
But at six months pregnant they discovered their unborn son had a heart defect and tragically he was stillborn.
It was an event which was to change both of their lives forever. At first they both tried to carry on with their lives but their moneyed world suddenly seemed empty and shallow.
Impressed by the medical care they received during the difficult time at the birth of their son, they both began volunteering. Kristian helped at a local hospice in the evenings while Deepali volunteered at the HIV unit at Chelsea and Westminster Hospital.
Eventually it lead to both of them swapping their lives to retrain as doctors.
Their decision meant years and years of studying – during which time, as student doctors, they had two more children now aged 13 and 11. 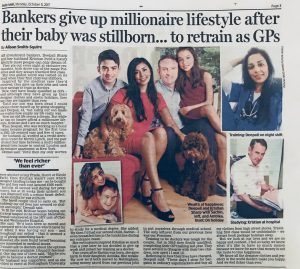 Deepali and Kristian in the Daily Mail!

A year ago they both finally qualified as GPs.

Life is a world away from their old millionaire lifestyle. Now Deepali shops in ordinary supermarkets, buying all of their clothes from High St stores. Travelling first class is unthinkable as it is too expensive.
But they both feel richer than ever because their lives are so much more rewarding.
Deepali’s feel-good story appears in the Daily Mail.
Do you have a feel-good story for a newspaper, magazine or TV? Contact me to find out how you can share your story with the world…
Category: Daily Mail Stories, Stories sold in 2017, Stories sold to newspapersBy Alison Smith-SquireOctober 8, 2017
Tags: entrepreneur stories
Share this post
Share with FacebookShare with TwitterShare with PinterestShare with LinkedInShare with WhatsApp