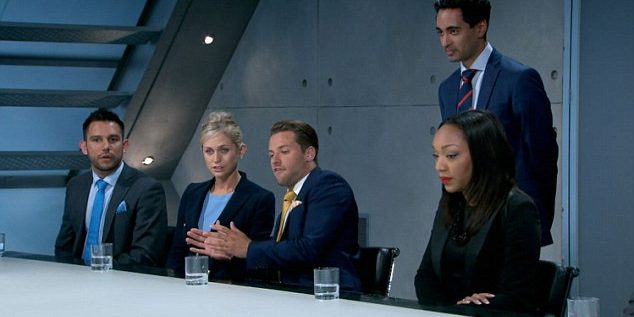 The Apprentice has come in for criticism …

* Some viewers question whether The Apprentice is scripted or even fixed.

* However, I can reveal appearing on The Apprentice truly is as genuine and challenging as it looks…

Is The Apprentice fixed in any way? In an episode of The Apprentice, the team who thought up a drink Big Dawg for the US market were praised by Lord Sugar and won the task. But now, it’s been reported that an energy drink by the same name has been for sale online for the past two years – in the US for $1.99.

The BBC has responded by saying the contestants can’t possibly have known as they do not have access to the internet and so could not have known a similar drink by this name already existed.

But a few commenters have asked can it truly be that The Apprentice candidates really don’t go online?

Indeed I can reveal, they don’t. And in fact as I discovered appearing on The Apprentice is as gruelling and challenging as it appears on the television.

Two years ago candidate Zoe Beresford came to Featureworld to tell her story about her romance on the show. She and fellow apprentice candidate Glenn Ward had fallen for one another on the programme – but they had since split.

Zoe’s real life story was placed with the Sunday Mirror newspaper. But as well as finding out about how their relationship had ended, Zoe gave me some interesting insights on appearing on the show.

She revealed to me:

* Sometimes candidates were waiting for 45 minutes to be called in to see Lord Sugar in the Boardroom. And they are truly only given 30 minutes to get ready in the mornings before a car takes them to meet Lord Sugar, who gives them their task.

* Candidates were often sat down by producers and told that thousands of people wanted to be in their shoes and each one of them needed to ‘fight’ for their places. Rivalry between the contestants is all too real.

* She claimed producers constantly changed the bedrooms around – so contestants will go back to the house to find they are sharing with someone they fell out with.

* Filming was so full on (it literally lasts from early in the morning until late at night) and tasks were so fraught, so incredibly tiring, sometimes there wasn’t time to eat properly. Because of the lack of food, many of the contestants lost weight and got coughs and colds through exhaustion.

* She told me when she took part in The Apprentice contestants were ‘kept in a bubble’ for the whole seven weeks of intense filming. There was no internet at all – the phones they use are disabled for the internet – and no way of ringing out to anyone outside. Filming even took place on Saturdays and sometimes on a Sunday. If it didn’t take place on a Sunday then she was sometimes taken out in twos or threes shopping with a chaperone.

* Candidates were allowed one ten minute call a week to loved ones – and this was listened in to to check no-one discussed the show – the producers apparently go to extreme lengths to keep everything under wraps.

* The cafes the losers go to are real cafes. The treats the winners get are actually quite exhausting as you are travelling to them and then filmed the whole time. So again there is no way to relax even on your treat. There was very little time to ever relax and sit down together.

* Many of the tasks are completed in less time than people might imagine. For example, a shot designing some packaging. The crew might want that shot done again – this extra filming eats into your time you are due to be spending on doing the task.

* Going into the boardroom is terrifying. Filming that alone takes hours. While it is edited to around 20 minutes, Zoe said it often took a whole day – and is absolutely draining for the three candidates up for a possible firing.

Actually getting onto The Apprentice, to compete for the £250,000 investment from Lord Sugar into a business, is akin to landing a top job in itself. The producers are inundated with thousands of wannabes. After initial interviews about 75 candidates are called back for a second round in London for assessment in groups. They are then whittled down further to around 30 candidates who are assessed by a psychologist. References are taken and the final line up is revealed.

However, despite admitting appearing on The Apprentice was ‘one of the most exhausting things I have ever done’ she never felt mistreated. “We had some fun times and it was once in a lifetime experience.”

Do you have a story to sell to a newspaper about appearing on a reality TV show? For more information contact me using the form to the right of this page>>>