At Featureworld we don’t just sell your story once, twice – or even three times. We continually endeavour to find deals for our interviewees – even years after we first place their story. We are therefore delighted to give these updates on some of our interviewees…

Jessica Pardoe, who at 6ft 10″ is the UK’s tallest woman, is due to appear on BBC Pointless. Jessica, who plays netball for Wales, raised £250 for a local hospice charity. 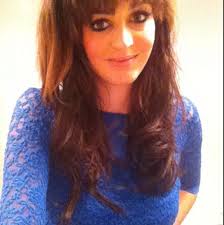 Featureworld continues to represent Jessica whose story has appeared in a variety of national newspapers, magazines and TV worldwide. It’s believed the episode of the popular quiz show with Jessica will be aired in September.

Meanwhile, Sadie Budden’s story about how she has the shortest gap between siblings in the world, has recently appeared in New Idea mag, in Australia and New Zealand.

Malissa Jones – who was once Britain’s fattest teen before becoming anorexic – is to appear in an up and coming documentary about the side effects of gastric surgery being put together by TV Production company Crackit Productions. Malissa has appeared in dozens of publications within the UK and around the world.

Two interviewees are to appear on German TV. Victoria and Treva Askey – Treva used to be a soldier called Trevor – will be filmed about Treva’s sex change. And Joanne Coleman, whose baby was induced so her dying husband could be a dad before he died, will also be televised for broadcast in Germany. The Askeys’ story recently appeared in The Sunday Mirror – and they are shortly to appear on British TV and in a magazine. Joanne’s story appeared in the Sunday People and she too is set to appear in two magazines, as well as on TV here.

Finally well done to Elizabeth Earle on the publication of her second novel.  Elizabeth, who via Featureworld went into the Daily Mail to discuss her night terrors, tells me her book, The Girl with Nine Lives revolves around a girl – Ellena Blackwell – who falls into a depression and gets pulled out of it by a talking cat.

You can buy it here on Amazon.

Real-life story to sell? Simply contact us using the form to the right of this page>>>