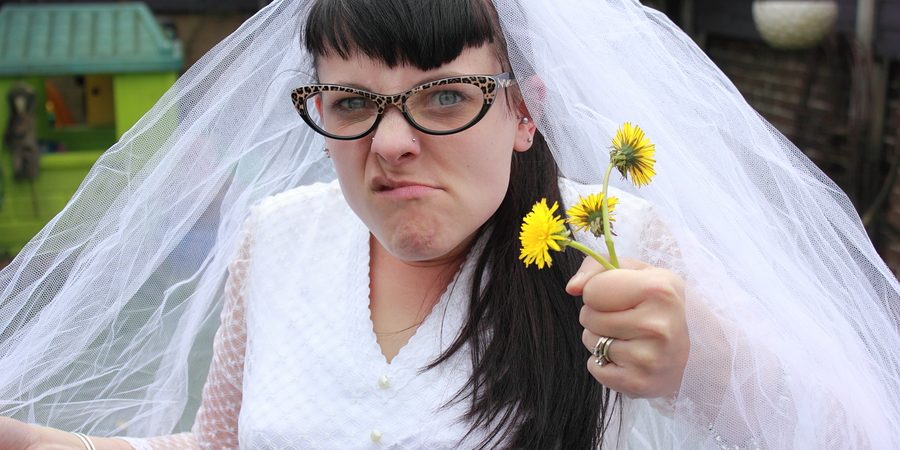 Jilted! Stacey Holmes’ real-life story about how her fiance did a runner days before their wedding appears in TAKE A BREAK magazine… 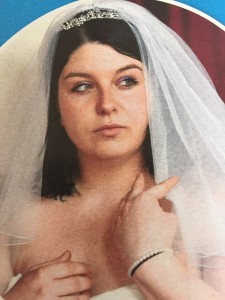 Stacey had chosen her wedding dress

Stacey, a mum of one fell for the chef who worked at her local Tandoori restaurant after he served her up a tasty curry.

She was thrilled when eight weeks into their relationship he proposed.

Davinder told Stacey, who has a son, 2, from a previous relationship, he had overstayed his tourist visa but he would plan to work and live in the UK.

The couple arranged a wedding for July. But when Home Office officials learned of their wedding plans they deemed it a sham marriage and detained Davinder.

The wedding was cancelled and Davinder was due to be deported but he refused telling everyone he loved Stacey and couldn’t leave her.

Davinder was bailed with Stacey hiring a solicitor and going to court to fight for him to stay in this country. After she gave evidence, the judge said he believed they had a genuine relationship. 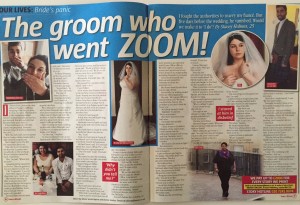 Stacey in Take a Break mag

But a few weeks later Stacey picked up the phone to a woman who was asking to speak with Davinder. When she realised she was talking to Stacey, the caller rapidly hung up.

Davinder assured Stacey he was not marrying her because he wanted a visa and was doing it because he loved her.

She believed him and they planned a new wedding for September.

Friends and family pulled together to help the couple have their dream wedding organising rings, a cake and even a kilt for Davinder to wear. Meanwhile Stacey chose her dress.

But five days before they were due to wed, Stacey came home to find Davinder packing his bags. Stacey was hysterical but he then walked out.

Stacey was devastated but thought Davinder must just have wedding jitters. But as the hours passed with no sign of him,  she even put a missing post on Facebook to see if anyone had seen him.

But no one had. As her wedding day approached Stacey faced facts –  she’d been jilted and the wedding was off. She had the terrible task of ringing guests and cancelling the reception.

Stacey has not seen Davinder since and she now believes he only wanted her for a visa.

“I feel utterly betrayed as I thought we had something special,” she says, “but if he really loved me, he wouldn’t have fled.”

Stacey was inundated with interest from magazines when her jilted story appeared in a local newspaper. She didn’t know which way to turn and approached me for advice – and in the end she chose Take a Break to run her story. It recently appeared on the front cover and over two pages!

Contact me for free advice about selling your story for the best price possible to a magazine! >>>

Category: Stories sold in 2016, Stories sold to a magazine, Take a Break storiesBy Alison Smith-SquireFebruary 18, 2016
Tags: Relationship stories
Share this post
Share with FacebookShare with TwitterShare with PinterestShare with LinkedInShare with WhatsApp