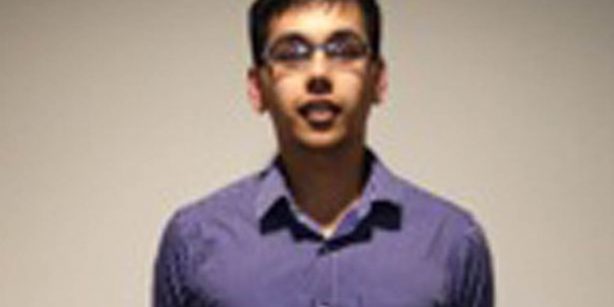 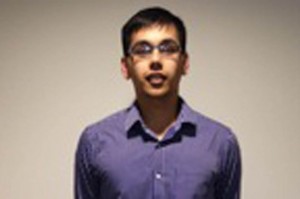 When university student Tom Paul, 20, started up a website and app for shoe addicts to get together and share their love of footwear, he believed he’d hit on a great idea.

Using the name My Choos, Tom sank £16,000 savings into his fledgling business, which he started after noticing how much his sister and mum adored talking about shoes.

But now his dreams are in tatters after lawyers for celebrity shoe brand Jimmy Choos – loved by clients such as Madonna and Victoria Beckham – discovered his plans.

A lawyer for the company has written to him demanding he hand over his domain name, and all rights to the word My Choos, which they forbid him to use.

Tom, who is studying biochemistry at Nottingham Trent, says: “I have spent every penny I have trying to develop the app, advertising material and branding. 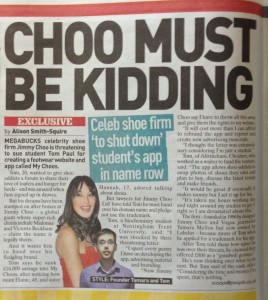 “I thought their letter was extraordinary considering I’m a student.”

Tom, who worked as a waiter to fund his site and app – allowing shoe addicts to swap photos of shoes they own and plan to buy, discuss the latest trends and make friends – added he had worked round the clock to get the site and app off the ground. “This will cost me more money then I can afford to then rebrand the app, reprint and create new advertising materials.”

The company adds to avoid ‘formal opposition proceedings’ Tom must withdraw his UK Trade Mark application for MyChoos, transfer his domain to them and undertake he will not use MyChoos or any other signs that are similar to Choo or Jimmy Choo.” 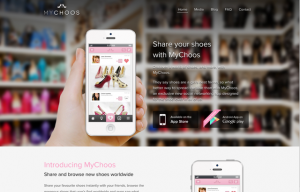 After Tom told the company he was upset, he said they offered him £800 as a ‘goodwill gesture’ but says “considering the money and time I’ve spent, that’s nothing.”

In 2011 the company, originally founded by designer Jimmy Choo and Vogue journalist Tamara Mellon, was bought by current owners Labelux. It became aware of Tom when he applied for a trademark for his app.

Has something you feel is unfair happened to you? To see if you have a story suitable for a newspaper, magazine or TV, contact Featureworld to the right of this page>>>