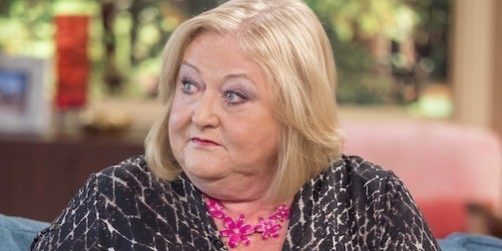 ITV This Morning – Judith Stillwell talks about how she was duped by her husband…. 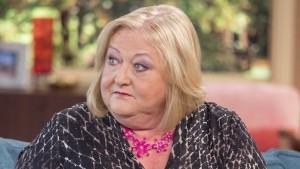 Judith on ITV This Morning

I often say to interviewees that there is a bonus if you have been through a trauma – you can sell your story, appearing in a newspaper and a magazine hopefully – and even on TV!

Like many interviewees coming to Featureworld, Judith Stillwell didn’t think her story would be interesting for publication in the national press, let alone on television.

But after her story about how she gave her Kenyan husband £25,000 and he has since gone missing, appeared in the Daily Mail newspaper, and subsequently The Sun and the Daily Mirror websites,  I then arranged for her to talk about her ordeal on ITV This Morning.

Her reaction when I told her Holly Willoughby and Philip Schofield wanted to interview her? ‘OMG! I’ll do it!’

Within 24 hours Judith was on her way to London where she stayed overnight at a hotel before being chauffeured VIP style to the ITV studios.

Interviewees are often nervous about going on television, especially a show such as This Morning which is watched by millions, so I was incredibly proud of Judith who came over brilliantly.

Sat on the ITV This Morning sofa with Holly and Philip, she told how she met Kenyan Steve Gichovi or Ovi Elias (he had a number of different aliases) on a UK website and eventually married him.

But over a number of years she not only funded repairs to family homes in Kenya but she gave her husband £10,000 towards legal fees for a house he was supposedly building in Dubai.

That was before she discovered he was actually seeing another woman in Australia – she contacted Judith when Steve left emails open on her computer. And the nightmare doesn’t end there because the woman in Australia then informed her she’d found a list of 47 other women just like them throughout the world.

Needless to say, after confronting Steve or Ovi, he scarpered and is nowhere to be seen. Judith went to the police but as he hasn’t actually broken any laws there is nothing anyone can do.

Judith told Holly and Philip she feels incredibly foolish that she was taken in. However, everyone agreed that while it is easy for others to comment, ‘what a silly woman’, they have the benefit of hindsight.

I have now placed Judith’s story in a well known weekly women’s magazine. Meanwhile we are all hoping for an update. Watch this space!