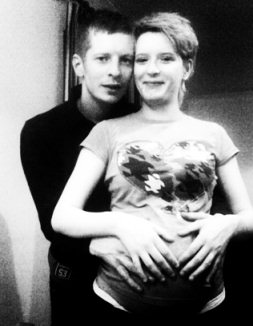 When Kerry McDougall and her then fiancé, Mark, emailed me through the ‘sell my story’ form, they were desperate. Two days before they were due to marry, their wedding was halted by social workers who claimed that Kerry was not intelligent enough to understand the wedding vows.

Sadly, a few weeks later the couple were told by social workers that their unborn baby, due in January 2010, would be taken into care at birth.

To gain maximum exposure for their story, this time it was printed in the Sunday Mirror. The story was also picked up by several other nationals, such as the Daily Telegraph.

Mark and Kerry also talked about their nightmare on ITV’s GMTV. 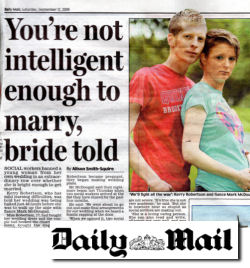 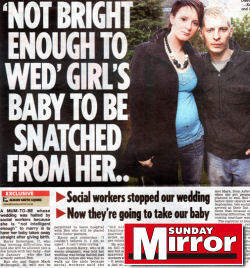 Because they were so concerned about losing their child, the couple decided to flee Scotland to Ireland, where they felt their plight would be treated more sympathetically.

The story about them fleeing appeared in the Daily Mail.

he couple went to Ireland where baby Ben was born. But four days after his birth, social workers decided Ben could not stay with the couple. Heartbreakingly, he was removed.

The story about social workers removing their baby appeared in the Daily Mail.

Incredibly, this story gained almost 1000 comments on Mailonline where it held the top story spot for most of the day.

Thankfully, within a fortnight, baby Ben was returned to his devastated parents. It was a wonderful outcome. I wrote a follow-up story, which went over two pages of the newspaper for Mark and Kerry, again for the Daily Mail newspaper, whose readers had followed their story from the beginning. 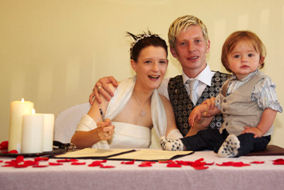 And Mark and Kerry’s story really does have a happy ending. Having made a home for themselves in Southern Ireland, the couple now have baby Ben back. And they have also got married so Kerry is now Mrs Kerry McDougall. Ben even came to their wedding!

Their wonderful follow-up story appeared in the Mail on Sunday newspaper (Mark and Kerry McDougall’s story in the Mail On Sunday) over two pages.

And their story has since appeared in Reveal and Pick me Up magazines. 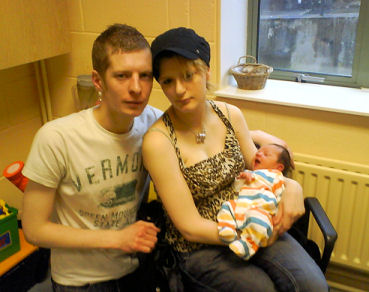 I will always be keeping in touch with Mark and Kerry and you can read regular updates about them and all my stories on my Featureworld sell story blog, http://www.sellyourstoryuk.com

Mark and Kerry say: “The reason we have always gone through Alison is that she has not only always done her best to protect us but has also gone the extra mile by offering us words of comfort during hard times. She is not only a publicist or journalist, but also a friend.

Mark and Kerry have since had another little boy. Lochlan arrived just before Christmas 2011.

Their wonderful story was placed with the SUNDAY MIRROR as an uplifting Christmas story.