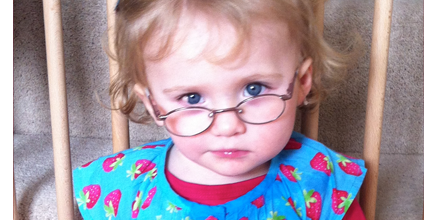 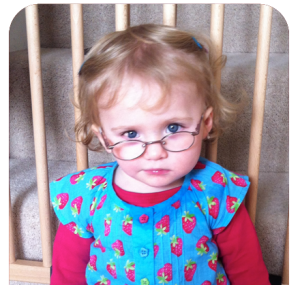 When Evie was born she seemed completely healthy.  But weeks after her birth mum Emily’s instincts told her something wasn’t right.

It took months of toing and froing to doctors and lots of tests before doctors gave Emily and husband David, both lawyers, the devastating news that Evie was profoundly deaf.

Most people who are deaf actually have some slight hearing but Evie was born with no nerves in her ears at all so she was in a world of silence. This meant hearing aids and even a cochlea implant would not work.

The only option was to bypass the ear and for Evie to undergo a pioneering operation called an auditory brainstem Implant. This involved fitting a device with electrodes next to the part of the brain responsible for hearing. A tiny microphone held behind the ear via a magnet then transmits sounds to the device. 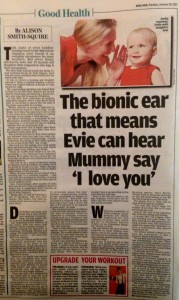 The first time the device – also known as a bionic ear – was switched on was amazing as for the first time ever Evie turned her head towards sound.

Since the op in June 2012  – which as it is brain surgery was not without risks – incredibly Evie has since learnt a first word. She now says ‘more’ when she wants more food.

In order to have the surgery on Evie at such a young age – the procedure is available in the UK but there would have been a wait for funding and an auditory brainstem Implant is most successful when a child is younger – the family launched a fund-raising campaign. They then travelled to Italy for the surgery.

The Italian surgeon believes Evie might eventually be able to talk on the phone in the future – but the most wonderful thing for her parents is knowing Evie can at last hear them tell her how much they love her.

Featureworld originally helped kick off their fund-raising campaign by putting a story in the Sunday Mirror and we are delighted to place this follow up in Good Health in the Daily Mail.

Health story to sell? Contact us to the right of this page…