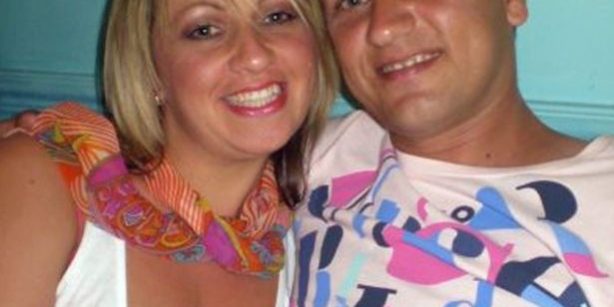 Lying Lover story: Tracy’s story about how her fiance planned her death to get rich appears in THAT’S LIFE mag… 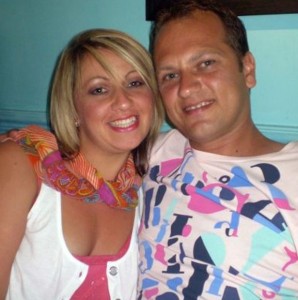 After her story appeared on the front page of the Sunday People newspaper, I was delighted to secure Tracy Cotter two more deals with magazines.

And recently her story appeared in That’s Life magazine – over three pages and also on the cover!

Tracy’s lying lover story was certainly one of the most shocking Featureworld has ever written about.

For while Stephen Davey – whom Tracy met on online – seemed the perfect partner he was anything but.

His charming nature hid a scheming and deeply unpleasant personality. Indeed, unbeknown to Tracy, before he met her he had been done for various frauds including conning another woman out of thousands of pounds. 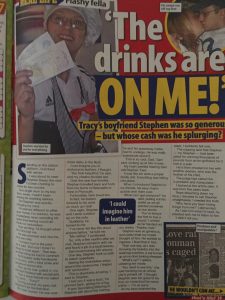 He was also a prolific liar. In the past he’d posed as a professional footballer to con hotels into letting him stay for free. His first wife had even thrown him out after discovering he’d paid for their luxury honeymoon with stolen cheques.

But he stooped even lower when in an attempt to extract money, he told friends Tracy was dying from cancer.

One kindly neighbour did in fact hand over thousands of pounds after he told them he was funding a private operation to save Tracy’s life.

He even held a collection at work for his ‘dying wife’ when of course Tracey was perfectly well.

Needless to say when Tracy found out, his money making scheme fell apart. After going on the run he eventually gave himself up and was sent to prison.

Tracy was not only devastated she was humiliated at how she’d been taken in. Which was why she decided to go public with her story in the hope that another woman is not taken in by Davey as she was. 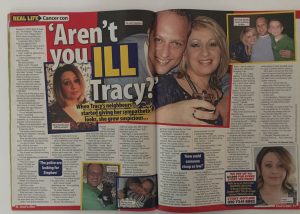 The good news is her lying lover story has now been placed in a second magazine and will even be appearing in a magazine abroad!

Do you have a lying lover story to sell to the press? For free and confidential advice simply fill in the form to the right of this page >>>